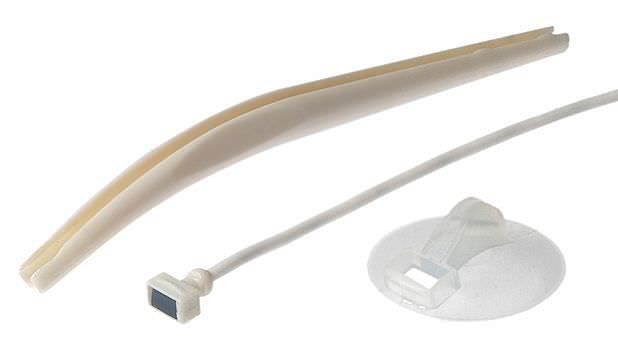 The X-Plore probe is used on the surface of the heart/vessel to search for intramural coronary arteries or to locate the position and quantify the degree of a stenosis. Velocity measurement on the beating heart is challenging with muscle contraction causing movements detected by the Doppler. Using the new X-Plore stabilizer, the probe head can be fixed to the surface omitting the need for an external mechanical stabilizer to immobilize the heart surface. The stabilized probe is held in position with a small layer of sterile ultrasound gel inside the stabilizer cup. The use of gel instead of the commonly used vacuum, ensures minimal influence on the native coronary flow and also allows the probe to be repositioned simply by sliding it across the surface. The Doppler X-Plore can also be used with a removable handle when a mechanical stabilizer is available or when measuring on a stable surface. The small probe head can be used with forceps for increased access or during endoscopic procedures. The doppler X-plore probe transmits an ultrasound wave burst of a known frequency and length. Moving objects will reflect some of the ultrasound energy back to the probe. Objects moving towards the probe will compress the wavelength and objects moving away from the probe will increase the wavelength. The change in frequency can be detected by comparing the received signals with the transmitted signal. The changed frequency (Doppler shift) represents the velocity and direction of the reflecting object. VeriQ applies a pulsed Doppler, allowing the user to control the depth at which the velocities should be measured, and the sample volume, where the length is also adjustable.
× × × × × × × × × × ×
[email protected]
Raiffeisenalle 6,
Deisenhofen
× × × × × × × ×

S upplemental oxygen is an essential component of intensive care and... Read more

Oxygen Therapy in COVID-19 Patients: The Role of HFNC and CPAP

Oxygen therapy and mechanical ventilation in patients with COVID-19 and... Read more