Share
Download PDF
Students attending a computer science seminar at the Technical University of Munich (TUM) recently embarked on an interesting scientific mission: predicting which character in the Game of Thrones would have the best chance to sit on the Iron Throne!
In order to do this, these students developed an application that scours the web for data related to Game of Thrones and then uses a set of artificial intelligence algorithms to analyse this data and predict the survival chances of the GoT characters. And before you dismiss this as some GoT obsessed experiment, keep in mind that these same students created an algorithm back in 2016 that predicted Jon Snow's resurrection. If that is not cool, we don't know what is.
As we all wait eagerly for Season 8 (April 14th), GoT fans would be pleased to know that this time, the algorithms developed by the students predict that Daenerys Targaryen (our ultimately cool Mother of Dragons!) has the highest chance of survival at 99%, followed closely by fan favourite Tyrion Lannister with a 97% survival rate. Most GoT fans are already prepared for a lot of deaths in Season 8. As per the results of the algorithms, Sansa Stark has a 73% chance of being eliminated. If you want to know the survival chances of your favourite GoT characters, you can view the results here: https://got.show. 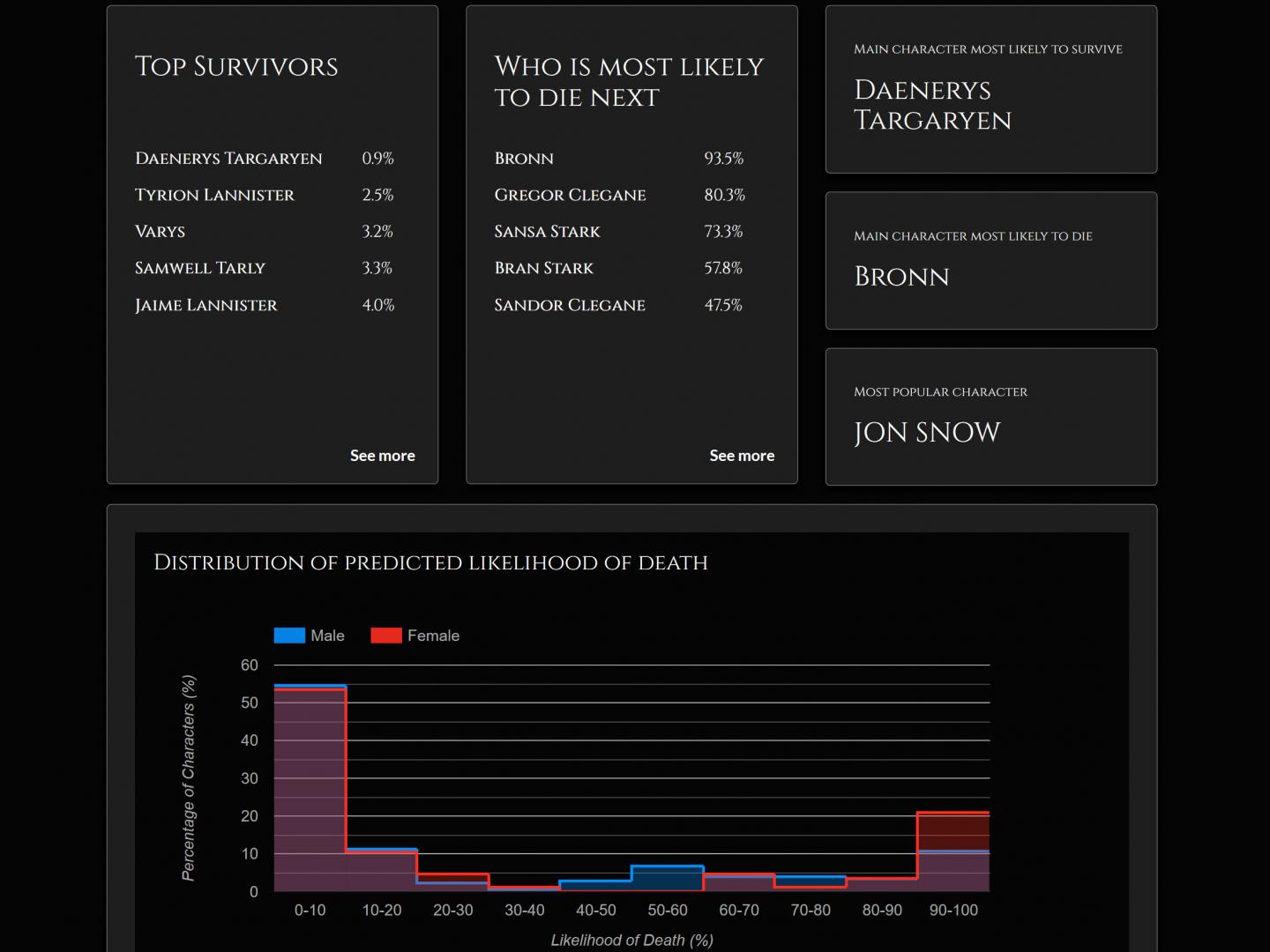 A snap shot of the "Ranking & Statistics" page which summarises some of the project's key findings, such as the list of the 5 characters who are likeliest to survive.
While the algorithms developed by the students are specific to GoT, they are very similar to ones that are used in medicine and healthcare for longevity analysis. The students are following analytical methods that are used in longevity studies and have used parameters such as age, status, and longevity prospects to make these predictions (parameters that are often used in clinical trials)
The application of artificial intelligence and machine learning is expected to change the way we analyse healthcare data. And it is extremely interesting that a popular TV series like Game of Thrones can drive such passionate learning. These very students will eventually make strides in clinical research and scientific discovery. As Dr. Guy Yachdav, the lead mentor of this class points out, "while the task of predicting survival chances for Game of Thrones characters relies on data taken from the world of fantasy, the exact same Artificial Intelligence techniques are used in the real world and are having a powerful impact on our everyday lives."
Hats off to the teachers for promoting creative thinking and innovation and kudos to the students for using their passion for GoT to develop something that has the potential to have a significant impact in healthcare and clinical research and analysis. 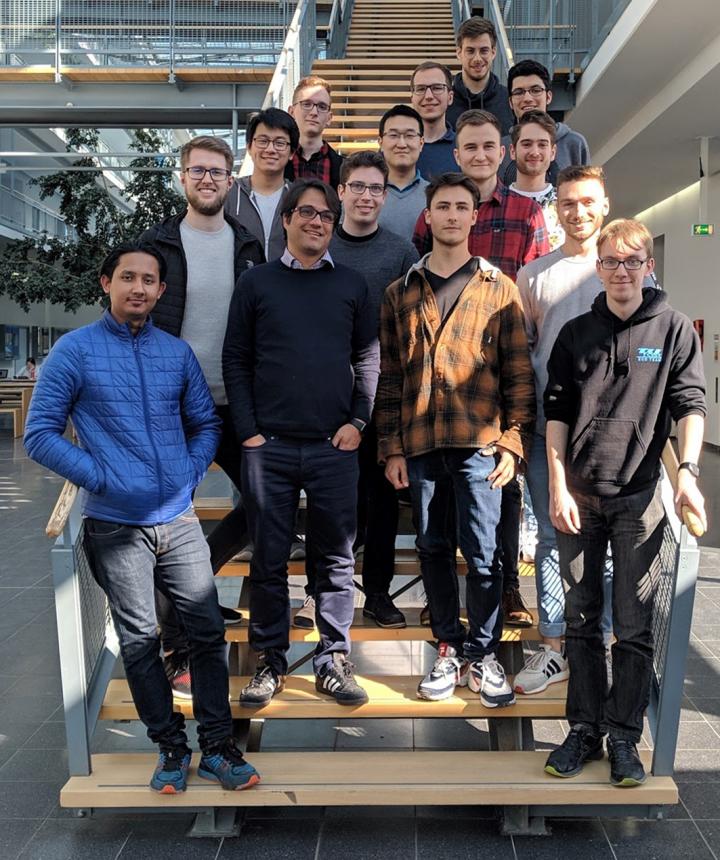 
Who calls the shots in healthcare IT purchasing? »»

Reflect Festival 2019 , the largest future casting festival between Southern Europe and the Middle East is happening in Cyprus... Read more

Researchers at Penn State University say that people who are confident about machine performance and their own abilities... Read more

The Pitfalls of AI in Healthcare: Bias and Faulty Anonymisation

Artificial intelligence (AI) is increasingly used in healthcare, from improving the diagnosis of disease to making innovations... Read more

machine learning, Artificial Intelligence, Game of Thrones, GoT, medical algorithms, longevity analysis Students attending a computer science seminar at the Technical University of Munich (TUM) recently embarked on an interesting scientific mission: predicting which character in the Game of Thrones would have the best chance to sit on the Iron Throne!