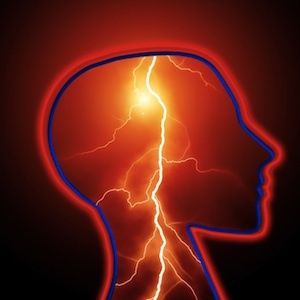 Share
Download PDF
Physician-researchers in the College of Medicine at the University of Cincinnati have developed a computerised decision support tool that uses a combination of patient information and characteristics to assist physicians and patients with decisions about blood thinning treatment to prevent strokes in individuals with atrial fibrillation.

They have used the decision support tool to review medical therapies for 1,876 patients in the primary care network at UC Health as part of a one-year cluster randomised clinical trial, explains Mark Eckman, MD, Posey Professor of Clinical Medicine. Half of the patients were cared for by physicians who were given access to the computerised model while a control group of patients had physicians who did not have access to the model.

Physicians were not required to use the computerised model, but among the subgroup of doctors who did, the number of patients who had medical therapies that differed from what was recommended by the model dropped from 63 percent to 59.1 percent. That change in prescribed medical therapies is considered clinically and statistically significant, says Eckman.

That advantage disappears when comparing the full cohort of patients whose doctors received access to the model and chose to use or not use it to those patients whose doctors were not given access and were part of the trial’s control group. The findings were presented this week at the annual meeting of the Society of General Internal Medicine.

The computerised model is known as the Atrial Fibrillation Decision Support Tool.

"The tool is essentially a decision analytic model that we have integrated into our electronic health record and so it automatically pulls information about patients with atrial fibrillation and from that information is able to calculate for the individual patient their risk of AF-related stroke and major bleeding while taking blood thinning therapy,” said Eckman, also Director of the UC Division of General Internal Medicine and a UC Health physician.

The decision support tool uses the patient’s age, gender and history of stroke or bleeding, along with whether the individuals had vascular disease, a history of myocardial infarction, alcoholism, intracranial haemorrhage, hypertension, congestive heart failure, abnormal liver and other health aliments. The model assigns points based on these characteristics and offers a recommendation along with guidelines on treatment of atrial fibrillation from the American College of Cardiology/American Heart Association/Heart Rhythm Society.

Atrial fibrillation, an irregular often rapid heart rhythm that leads to poor circulation, affects up to 10 percent of the population age 70 and older, explains Eckman. It also presents a strong risk factor for stroke due to clots forming in the left atrium that then travel to the rest of the body including the brain.

National as well as local data suggest that physicians aren’t providing appropriate blood thinning therapy for a large enough portion of patients with atrial fibrillation, says Eckman. Less than 50 percent of patients with atrial fibrillation are getting blood thinning therapies with anticoagulants so there is under treatment when it comes to stroke prevention.

"The reason for that, in part is because the treatment is very dangerous,” he says. "These are blood thinning therapies, also known as oral anticoagulants like warfarin, and they have risks themselves of causing major bleeding. The bottom line is there is a balance between risk and benefit. The challenge is to give the treatment to patients who on average would do better with stroke prevention versus bleeding complications.”

Eckman says the results of the trial have convinced physician-researchers to make the computerised model more accessible to physicians by allowing doctors who use the electronic health record, EPIC, on a routine basis to also be able to use the computerised decision support tool. Previously, the tool was available as a separate system and only a small group of physicians used it.

"The lesson in that for me is you can have the greatest tool, but if people don’t use it, it won’t do anything,” says Eckman.

Still more research is needed when it comes to outcomes for atrial fibrillation.

"We did not follow up on outcomes as to whether strokes were higher or lower in the intervention group as such an analysis would have required a significantly larger number of patients and a number of years of review to have the data needed,” says Eckman, noting a study on outcomes could be the focus of future research.


A Quarter Of Healthcare Providers Make Strides In Telemedicine/Telehealth »»

Awake Prone Positioning and Risk of Intubation in COVID-19

The team at Breakthrough Genomics is contributing to the fight against... 116576Read more

Due to overwhelming demand, the submission of abstracts for the 44th World... 116285Read more