Utility of PET-CT for staging in locally advanced cervical cancer 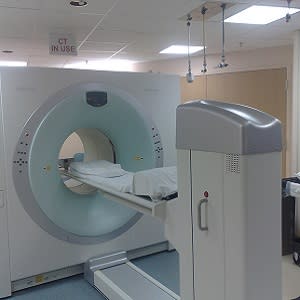 Share
Download PDF
In women with locally advanced cancer of the cervix (LACC), staging defines disease extent and guides therapy. Currently, undetected disease outside the radiation field can result in undertreatment or, if disease is disseminated, overtreatment. Researchers in Canada conducted a randomised clinical trial to determine whether adding  positron emission tomography–computed tomography (PET-CT) to conventional staging with CT of the abdomen and pelvis affects therapy received in women with LACC.
"When planning our trial, we hypothesised that (1) PET-CT could detect more distant metastases than usual CT, resulting in the avoidance of curative CRT [chemotherapy and radiation therapy], and (2) the detection of more retroperitoneal disease would lead to more extensive radiotherapy," the researchers note. "The detection of distant metastatic disease was relatively low, and no significant difference was detected between groups in treatment with palliative intent. The second hypothesis appeared to be supported as there was an increased rate of detection of para-aortic or common iliac adenopathy identified with PET-CT."
The higher rate of detection of para-aortic or common iliac adenopathy using PET-CT resulted in a two-fold increase in radiation to extrapelvic nodes in patients in the PET-CT group, although this difference was not statistically significant, likely as a result of the small sample size due to prematurely discontinued recruitment, according to the research team led by Lorraine M. Elit, MD, MSc, FRCSC, Juravinski Cancer Centre, Department of Obstetrics & Gynaecology, McMaster University, Hamilton, Ontario, Canada.
Previous studies of fludeoxyglucose F 18 positron emission tomography (PET) in patients with cervical cancer showed that PET was superior to CT in detecting disease in pelvic and abdominal lymph nodes. These studies were small, were retrospective, and did not evaluate the utility of PET, i.e., whether it led to a change in clinical management. The next step in the evolution of the test was that CT was combined with PET to provide anatomic structure to the functional imaging. However, there remained limited evidence of clinical benefit or improved outcome with PET-CT. Nonetheless, PET-CT began to be adopted in a number of jurisdictions, including the United States.
Further, the 2017 National Comprehensive Cancer Network guidelines for cervical cancer recommend PET-CT (preferred) or chest, abdomen, and pelvic CT for the initial workup of stage II to IV cervical cancer. This recommendation is based on level 2A evidence, which is defined as “based on lower level evidence there is uniform consensus that the recommendation is appropriate.”
The current study included women with newly diagnosed histologically confirmed International Federation of Gynecology and Obstetrics stage IB to IVA carcinoma of the cervix who were candidates for chemotherapy and radiation therapy (CRT). One hundred sixty-eight patients were allocated to PET-CT (n = 112) or CT (n = 56). The trial stopped early before the planned target of 288 was reached because of low recruitment.
The researchers found that 44 of 112 patients receiving PET-CT, compared with 14 of 56 patients receiving CT alone, received more extensive chemotherapy and radiotherapy or palliative treatment, a nonsignificant difference. Five percent of patients in each group were treated with palliative intent.
"There was a trend for more extensive CRT with PET-CT, but the difference was not significant because the trial was underpowered. This trial provides information on the utility of PET-CT for staging in LACC," Dr. Elit and co-authors write.
Source: JAMA Network Open
Image Credit: Jon Callas via Flickr