Share
Download PDF
An imaging study shows that the area of the brain associated with impulsivity and the development of obsessive-compulsive disorder is activated in obese children when introduced to food smells. The findings suggest that obesity has a neurological disorder component and could help inform treatment of obese patients.

The study, which was led by Dr. Pilar Dies-Suarez, chief radiologist at the Hospital Infantil de México Federico Gómez, will be presented next week at the annual meeting of the Radiological Society of North America (RSNA) in Chicago.

A report from the Centers for Disease Control and Prevention (CDC) says that nearly 12.7 million children in the U.S. are obese. These children are at a higher risk to develop type 2 diabetes, high blood pressure, and breathing and joint problems, amongst many other health issues. They are also more likely to become obese adults.

Two magnetic resonance imaging (MRI) techniques — functional MRI (fMRI) and functional connectivity MRI (fcMRI) — were used for the study that included 30 children between the ages of 6 and 10. Half of the children had a normal body mass index (BMI) between 19 and 24, and the other half exhibited a BMI over 30, which is classified as obese. Each child was presented with three odour samples: chocolate, onion and a neutral odour of diluted acetone. As the participants smelled the samples, both the fMRI and fcMRI were used to measure brain activity.

In addition, the fcMRI results showed that when the normal-weight children smelled the onion, there was a connection between the gustatory cortex, which processes taste, and the area of the brain linked to reward anticipation. This connection did not occur in the obese children.

The researchers note that the chocolate smell elicited significant brain connections in obese children, compared to the normal-weight children.

"If we are able to identify the mechanisms that cause obesity, we will be able to change the way we treat these patients, and in turn, reduce obesity prevalence and save lives," Dr. Dies-Suarez points out. 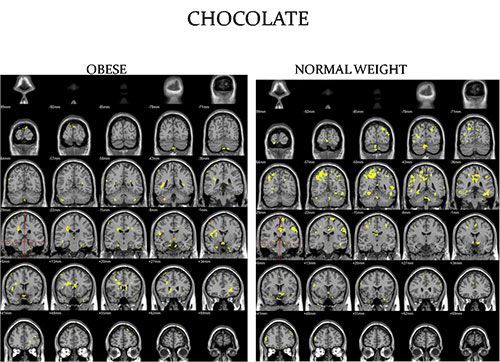 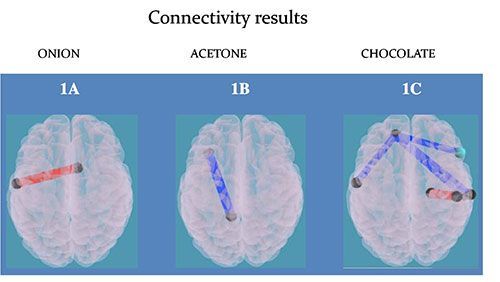 A certain type of lung nodule visible on lung cancer screening CT exams is associated with a higher risk of lung cancer for women... Read more

RSNA15: Innovate to Secure the Future

The Radiological Society of North America (RSNA) continues to draw delegates from across the globe to Chicago, and next week’s... Read more

Packed plenary sessions at the Radiological Society of North America (RSNA) annual meeting attest to the thought-provoking and... Read more

healthmanagement, RSNA 2015, #RSNA15, fMRI, fcMRI, obesity, brain connectivity An imaging study shows that the area of the brain associated with impulsivity and the development of obsessive-compulsive disorder is activated in obese children when introduced to food smells. The findings suggest that obesity has a neurological disorder