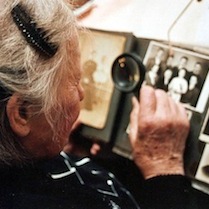 The effort to find ways to detect and diagnose preclinical Alzheimer’s disease (AD) has taken a big step forward with the use of positron emission tomography (PET), a “nuclear medicine” for imaging processes in the body, when PET is used with a special ‘tracer’ that binds to the amyloid plaques in the brain that are a characteristic cause of AD.

The paper explaining the use of PET and Pittsburgh Compound B (PiB) to diagnose AD appears in the current special issue of Technology and Innovation- Journal of the National Academy of Inventors, which is devoted to the evolution of neuroimaging.

“Alzheimer’s disease is the most common cause of dementia and is pathologically characterised by the presence of amyloid plaques containing amyloid-beta (Aβ) and neurofibrillary tangles [in the brain],” said Ann D. Cohen, professor in the Department of Psychiatry at the University of Pittsburgh. “[PiB] is thioflavin-T (ThT) derivative, a small molecule known to bind to amyloid proteins... . Imaging AD pathology, using amyloid PET imaging agents such as PiB, has several potential clinical benefits, including preclinical detection of disease and accurately distinguishing AD from non-AD dementia in patients with mild or atypical symptoms.”

The PET system detects pairs of gamma rays emitted indirectly by a tracer that is introduced into the body on a biologically active molecule. A variety of tracers are already used with PET scanning. A tracer used along with PET to explore the possibility of cancer spreading to secondary sites is one of the most common types of PET scan in use in standard medical care, although many other radioactive tracers are used in PET to image the in-tissue concentration of other types of molecules.

According to Cohen, using biomarkers such as PiB to better understand cognitive deficits seen in normal aging, as opposed to those in AD, has become critical since the advent of AD prevention trials. Her review focuses on the use of PiB-PET across the spectrum of AD from the earliest PiB studies where PiB retention in the brain was higher in patients when amyloid plaques were present. Prior to these findings, only post-mortem studies could confirm amyloid plaques.

“PiB retention in AD patients was generally most prominent in cortical areas and lower in white matter areas of the brain, consistent with post-mortem studies of Aβ plaques in the AD brain,” explained Cohen.

According to Cohen, amyloid imaging, alone or along with other biomarkers, will “likely be critical to the identification of subjects at risk for AD and future decline.” She added that what has become clear from amyloid imaging studies is how early in AD “the full burden of amyloid plaques begins to develop.”

Major challenges ahead, she noted, include finding ways to determine the earliest signs of amyloid accumulation, associating amyloid accumulation with cognitive impairments, and determining whether early amyloid deposition will lead to clinical dementia.

These challenges will likely require us “to continue to focus on cognitively normal elderly and the detection of the earliest signs of amyloid deposition, along with markers of neurodegeneration...to determine the clinical significance of pre-symptomatic pathology,” concluded Cohen. “As anti-amyloid clinical trials begin in asymptomatic people, it will be critical to effectively identify the earliest changes in amyloid deposition and the significance of such changes on downstream neurodegenerative processes.”

Cohen, Ann D. Using Pittsburgh Compound B for Pet Imaging Across The Alzheimer’s Disease Spectrum. Technology and Innovation- Journal of the National Academy of Inventors, May 2016 DOI: 10.21300/18.1.2016.51

Research on Alzheimer's disease is slowed down by the fact that most studies on the disease's effects on the brain are done... Read more