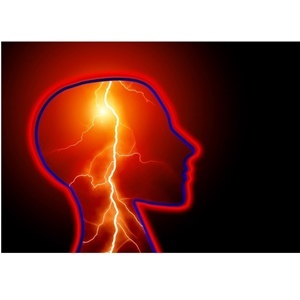 A new imaging software programme, supported by the American Heart Association and the National Institutes of Health and published in Circulation: Cardiovascular Imaging, can now predict who is most at risk for stroke.

It has been estimated that atrial fibrillation (AF) affects approximately 33.5 million people worldwide, and it is also thought to be the cause of 20 to 30% of all strokes in the United States. Anticoagulation therapy is a highly effective preventive measure for thrombus formation, but it is also associated with a significant risk of major bleeding in the brain. It is therefore essential to balance the benefit of stroke prevention and the risk of complications.

According to a study developed by Michael Markl and his colleagues, a new imaging test, which is called atrial 4D flow cardiac magnetic resonance (CMR), can now predict who is most at risk of stroke by detecting the velocity of blood through the heart and the whole body. The technique images blood flow in three spatial dimensions. Furthermore, it is non-invasive, does not require the use of contrast agents, and comes in the form of software and may thus be integrated into current MRI equipment.

4D flow magnetic resonance imaging measured in vivo 3D blood flow velocities in 60 AF patients and 15 controls for the characterization of left atrial and left atrial appendage flow dynamics. The results showed that approximately 50 to 60% of AF patients who would have been considered high risk for stroke by the commonly used scoring systems had a normal blood flow, while a fraction of patients who were considered low risk had a slow blood flow, indicative of potential thrombus formation.

The researchers plan to carry out a long-term study of patients with AF in order to assess the predictive value of the new imaging software further. They are also working towards the development of new tools that will make data analysis easier.

A team of researchers at MIT worked with doctors at Massachusetts General Hospital and other institutions to devise a way to... Read more

A new rapid imaging protocol for diagnosing heart disease has been shown to improve care and reduce costs in a resource-poor... Read more

Stroke, atrial fibrillation, AF, atrial 4D flow cardiac magnetic resonance,CMR A new imaging software programme, supported by the American Heart Association and the National Institutes of Health and published in Circulation: Cardiovascular Imaging, can now predict who is most at risk for stroke.