It matters how staff deal with it

This study sought to answer the question of how to effectively manage workplace conflict before it reaches levels of incivility. 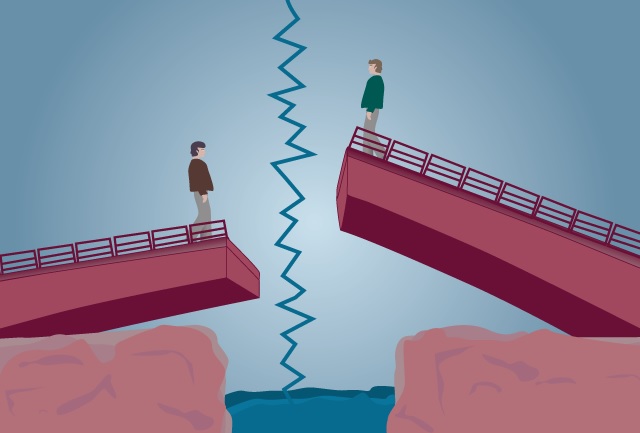 Anyone tasked with the role of managing human resources within organisations most likely appreciates the difficulty of dealing with employee conflict. After all, workplace conflict remains a ubiquitous concern. Leaders must find effective strategies to deal with conflict situations before they lead to deleterious consequences that jeopardise the employee, the organisation or both. The need for such strategies is particularly relevant today since multiple studies cite an upward trend in workplace conflict.

In the United States, conflict is growing increasingly dangerous in the workplace, including the healthcare workplace (U.S. Institute of Finance and Management 2013). Seventy-one percent of Americans feel that instances of incivility have been on the rise, with nearly 70% thinking that it has reached crisis levels (Weber Shandwick 2013). A 2013 survey revealed that one-half of the study’s respondents were treated rudely at work at least once per week, up from only one-fourth in a similar 1998 study (Porath and Pearson 2013).
You might also like: Great Leaders Embrace Conflict
This study sought to answer the question of how to effectively manage workplace conflict before it reaches levels of incivility. The purpose of the research was to describe and interpret the staff-related, workplace conflict lived experiences of medical imaging technologists working in U.S. tertiary care centres, focusing on the management of such conflict. Both medical imaging technologist leaders and staff members were represented in the study.

Since describing and interpreting lived experiences was the focus of the study, the interpretive (hermeneutic) phenomenological qualitative approach was chosen (Smith et al. 2013; Van Manen 2016). Smith et al. (2013) posited that interpretive phenomenological analysis can investigate in detail the differences and similarities of the participants’ experiences. The research approach is beneficial in gathering information from an individual as the researcher gains an intimate account of the participant’s distinctive lived experience (Rivituso 2014).
Of the 13 participants, 11 were obtained through an online professional network; 2 were garnered through snowball sampling. All geographic regions of the United States were represented in the study. Semi-structured interviews were conducted via telephone, video, or email dependent on participant preference. Coding led to the reduction of data and emergence of themes, as searching for patterns among the cases concluded the analysis process. Using verbatim transcripts enhanced accuracy and credibility in this interpretive phenomenological analysis involved suspending my presuppositions and focusing solely on the interviewee’s experience. Credibility was also strengthened by analysis of verbatim transcription, memoing, and periodic self-reflection (Edmonds and Kennedy 2017).

The 13 participants consisted of four medical imaging leaders and nine staff-level medical imaging technologists working in U.S. tertiary care centres. The medical imaging leaders described and interpreted conflict among followers. Staff-level technologists explained their personal experiences of workplace conflict. Both groups elucidated how the conflicts were managed.
Avoidance was the primary conflict management style used by staff-level participants. Instead of attempting to reach a viable solution, they opted to ignore the situation altogether. Reasons varied as to why this approach was taken. Some merely disliked conflict and any confrontation that it involved. Others avoided confronting their conflicts for other reasons. Yvonne feared retribution. She felt that if she managed her conflict more assertively, her two coworkers who already shunned her would not respond to any work-related questions that might arise. Another participant feared physical harm since a female coworker who threatened to use her “as target practice” catalysed her conflict. After the threat, she displayed avoidance when she hid in a closet after the conflict.
Of these avoiders, only one eventually resolved the conflict. Desiree revealed that she finally reached a point where she felt confident enough to act assertively and confront the technologist who treated her poorly. This happened years after her first encounter with the technologist. Desiree grew tired of being treated disrespectfully. She disclosed, “I just put my foot down and I said, ‘Listen buddy, let's go talk.’ And we went and we talked, and we ended up hashing it out. We've been good since, actually.”
Leaders who avoided conflict also found less success when avoiding their subordinates’ conflicts. Joanne described an incident that illustrated how leader avoidance can lead to escalation of a workplace interpersonal conflict. Soon after assuming the role as operations manager of a large medical imaging department, Joanne was approached by a male technologist. He complained that a female peer teased him regarding his sexual preference on numerous occasions. The male technologist had asked her to stop; yet it continued. Joanne recalled her response to the complaint. She advised them to work it out among themselves; she avoided getting involved upon first hearing complaints.
This advice failed to correct the situation. The conflict escalated as department members took sides with one or the other conflicting party. Finally, a physical altercation ensued between two female technologists, one of whom was the initial perpetrator. The second female witnessed the bullying and took the side of the male technologist.
The uncivil behaviour took place in front of patients and other healthcare workers. According to Joanne, it was directly related to the initial conflict between the male and female technologists caused by bullying behaviours occurring under the guise of harmless teasing and banter. Yet, the male technologist made it clear that he did not appreciate the comments, informing the technologist and his manager.
This particular conflict led to legal action, as the three technologists involved each filed lawsuits. Joanne revealed that at least half a day and sometimes her whole day was spent on this conflict for over a year. Joanne had no recollection of how much the hospital paid in legal fees but revealed that two lawyers were flown in on various occasions for “five to six months” in preparation for the “two hearings” that resulted. Joanne disclosed that the entire department underwent conflict management training immediately after this incident. An external consultant conducted the training, which cost the department $150,000, taking a large chunk out of the department’s budget that could have been put to better use elsewhere.
Proactive and immediate conflict management on the part of the leaders was much more effective. One medical imaging leader anticipated the conflicts that a change in schedule would cause. He proactively managed the conflicts by transparently sharing the reasons for the changes and repeatedly rounding the department, keeping communication open during the transition. The other two leader participants shared conflict management experiences that revealed that expedient management worked more effectively than allowing it to linger. In fact, one participant, Don, noted that his lesson learned since becoming a leader in medical imaging was to manage conflicts immediately and not avoid them.

The avoiding style is found to be a common handling style in healthcare professionals, which is a finding supported by this study’s participants. For example, one study comprised of 286 physicians and nurses concluded that avoidance was the most frequent handling style (Kaitelidou et al. 2012). In this current study, not only did conflict avoidance delay resolution of conflict, it also led to lack of collaboration, as avoidance of the coworker typically accompanied the attempt to avoid the conflict. Furthermore, patient care was put at risk since avoiding the other led to lack of important information transfer. Leader avoidance of conflict resulted in costly consequences to the entire organisation.
Proactivity is advised at all levels. When conflict is seen as a possibility, communicating transparently can mitigate such conflict. Once a conflict becomes recognised as creating problems in the workplace by resulting in lack of collaboration, fragmenting the department, or otherwise harming the organisation or patients, it must be addressed. At the staff level, this entails approaching the other party and attempting resolution. If this fails to improve the situation, then the staff member should alert a supervisor. The supervisor should meet with both parties separately and as a group to mitigate the conflict so it does not escalate or adversely impact the team or patient quality of care. If the conflict ensues despite leader intervention, a mediator should be contacted.
Organisational administrators and department leaders need to routinely assess culture. If negativity, unprofessionalism, and backbiting are cultural norms at the departmental or organisational levels, a shift in culture is necessary. Training staff members in collaborative, professional practices is beneficial. A zero tolerance policy of uncivil behaviours should be clearly communicated to all employees. Then, the policy must be upheld. Incivility should not be tolerated. Professional, civil behaviours need to be modelled by everyone in a leadership position. A collective effort of organisational members at all levels of the organisation is needed in order to mitigate or completely resolve conflicts that have the potential of negatively impacting patient care quality.

conflict resolution, workplace, conflict This study sought to answer the question of how to effectively manage workplace conflict before it reaches levels of incivility.

Providing access to mammography for early breast cancer detection can be a challenge, especially when budgets are limited. An analog system that is easy to use and provides images at the right dose is a cost-effective way...