Starting an Imaging Service in Moldova

The state of imaging in Moldova in the early 2000s can be illustrated by a personal anecdote. In summer 2003 a 55 year old woman was in a critical condition and needed urgent surgery. Before the operation she needed an MR investigation. Her son tried to book an appointment at the only magnetic resonance scanner in the country at this time, located in the state owned Republican Hospital. He was advised to wait for three months due to high demand or to pay in cash the double price unofficially, and get the exam the next day. Unfortunately the quality of the MR images was so low that the neurosurgeon requested another MR investigation - in this case in the Ukrainian city of Odessa 180 km away. Fortunately the surgery was successful. The woman in the story is my mother and I am now General Manager of the Central de Diagnostic German (CDG) in Chisinau, capital of the Republic of Moldova. 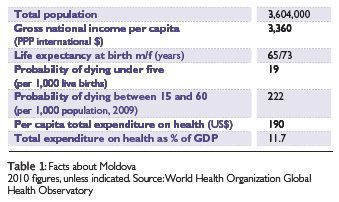 The lack of imaging equipment and professionals, huge queues and corruption illustrates the reality for Moldovan citizens and patients before 2009, when CDG opened.

The main imaging equipment was usually old and poorly maintained, and concentrated in public hospitals (see Table 3). In 2007 there was a single MR machine and eight CT machines in Moldova. Private imaging practice in Moldova usually meant a small office equipped with ultrasound operated by the doctor. The doctor was the owner and the manager at the same time and was assisted by a nurse.

Our aim therefore was to create a modern imaging centre to European standards, with the latest technology, motivated doctors and satisfied patients. 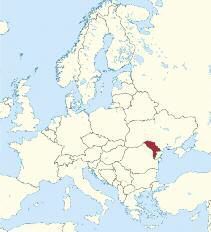 Origins of the Project

In 2007 German investors founded a medical start-up company in Moldova. I was approached to head the new project. My background is the aviation industry, but I had no hesitation in accepting the challenge of building an imaging centre from scratch.

Early on the company purchased a former beer restaurant in downtown Chisinau of 700 m2. We transformed these premises into a modern diagnostic centre with an additional two floors and a total area of 2000 m2.

We analysed the layouts and workflows of similar clinics in Germany and with our partners from BDT Erlangen and Siemens we created optimal workflows and comfortable spaces. These include a common open area for the radiologists, two reception areas, the call centre, four waiting zones for patients (including a zone for children and for very important people) and a cafeteria.

The most difficult challenge was to adapt the existing frame of the building to the desired layout of the rooms and to comply with Moldovan regulations, some of which are outdated.

As Moldova is a mostly agricultural country we had to import a lot of materials, including lifts from Germany, large windows from Greece, linoleum flooring from France, furniture from Poland and Germany, special ceilings from France and heating, ventilation, air conditioning systems from different EU countries. This is the main difference between building such a centre in a industrially developed country and Moldova.

The CDG philosophy is to keep the patient free from stress, using calm colours in the design, flowers, chill out music in the patient areas, the smell of coffee and paying special attention to patient needs. 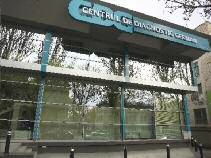 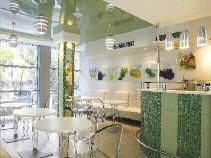 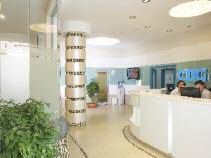 Our research revealed that in 2007 there were just two radiologists in Moldova with MR experience and around 10 with CT experience. The majority of these doctors were in their late fifties.

Our decision was then to select young doctors and to organise their studies and training in Germany at the Siemens reference centres.

From 80 applicants 12 young radiologists were chosen, and trained in radiology clinics in Germany (Frankfurt, Erlangen, Berlin) and at the University of Graz under professor Rienmuller.

Our staffing levels have continually increased (see Table 2). Our professional staff benefit from membership of the European Society of Radiology. They also participate in conferences and train in Western European radiology departments. Our radiologists are 35 years old on average. For second opinions we apply to our Partner Centre in Erlangen, Germany.

Our aim was to identify the best equipment for our needs and to negotiate the best price with the vendors. In 2007, given our lack of experience, we hired experts from Germany and UK to advise us. We purchased the following set of equipment: 1.5T MR, 64 Slice CT, two Ultrasounds, one RX, one  Mammo. Now we operate ten imaging modalities.

We fitted out the laboratory in cooperation with partners from Munich and Heidelberg, endoscopy with partners from Hamburg, and gynaecology and functional cardio diagnostic. We were among the first in the region to install and operate a RIS-PACS.

In 2012 private centres operated 7 times more MRs than the state run hospitals, while as recently as 2007 there were no privately operated MRs and CTs in the country. As the first such centre in Moldova, CDG has contributed to the development and success of private imaging centres in the country, stimulating others to invest. Moldovan citizens no longer need to travel to other countries to get a high quality exam.

The waiting time for an investigation is maximum 1-2 days.

Billboards about the CDG appeared close to state hospitals three months before opening. We were the first to develop a successful medical marketing campaign in Moldova. There were several advertisements broadcast on TV and radio, published in the print media and advertisements on popular websites.

At the same time we organised medical presentations to Moldovan doctors in order to explain the advantages of our equipment, and invited hundreds of guests to visit us.

Our website has been recognised as one of the most efficient and attractive among the other few medical institution websites which existed at the time.

The name of Central de Diagnostic German (CDG) has become well known among doctors and the general public, and it helps us to promote our services.

Moldovan patients can get high quality diagnostic services in their own country in a stress-free environment and at a reasonable price.

Our radiologists can work using leading edge equipment, travel and communicate with their colleagues from different countries, and receive a good salary and bonuses.

The investors and management have realised a dream project in this small East European country. As the first such centre, we have stimulated other companies to invest in medical services in Moldova.

For the Republic of Moldova this diagnostic centre has improved quality of life for its citizens and guests.

Building an imaging centre from scratch is an amazing experience, especially in a country like the Republic of Moldova. But it’s definitely possible. Now CDG is the leading diagnostic service in Moldova, with more than 130,000 investigations performed so far.


Medical imaging: is the boom over? »»


The state of imaging in Moldova in the early 2000s can be illustrated by a personal anecdote. In summer 2003 a 55 year old woman was in a critical conditio...