Three objective criteria can be used during the first minutes of cardiopulmonary resuscitation to identify patients who have an out-of-hospital cardiac arrest (OHCA), who have zero chance of survival and can be considered for organ donation, thus potentially saving other lives. Xavier Jouven, Georges Pompidou European Hospital, Paris, and colleagues, analysed data from two registries (Paris Sudden Death Expertise Centre Cohort, and King County Emergency Medical Services, Washington USA) and the PRESENCE trial in Paris, France, and found that there is essentially no chance of survival in patients whose OHCA is not witnessed by emergency medical services personnel, who have nonshockable initial cardiac rhythm, and in whom spontaneous circulation does not return before receipt of a third 1-mg dose of epinephrine. The findings are published in Annals of Internal Medicine. 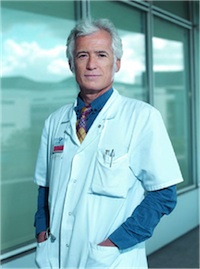 Prof. Jouven (pictured) wrote in an email to ICU Management & Practice that he would like these results to contribute to help international and national medicine and resuscitation emergency medicine societies to elaborate new recommendations about out-of-hospital cardiac arrest patients. He acknowledged the challenges for health professionals to accept this new approach, as emergency medicine professionals never end the resuscitation process easily, even when there is no hope.

"We are aware there is a psychological barrier but the possibility to collect organs from a proportion of those cardiac arrests represents an important opportunity to fill the gap of organ shortage", he added.

Existing termination-of-resuscitation rules help to identify cases where further resuscitation is futile, but do not take into consideration the potential utility of transporting dead patients to the hospital for organ donation.

Applying the three criteria to the validation cohorts, the researchers found that between 8 and 12 percent of patients with no chance of survival might have had organs that were potentially suitable for transplantation. They applied the eligibility criteria used in France for kidney retrieval from uncontrolled donation after cardiac death (UDCD). Prof. Jouven explained that their study first considered this new approach for kidney donation, as in Europe, kidney allograft represents 60% of all allografts, with 15,000 new grafts per year. However, the shortage concerns all organs, and in the future this early identification may be applied for other organ donation (liver, cornea), he added.

The researchers acknowledge that their results may be overestimates, as some UDCD eligibility criteria may be difficult to verify at the scene of the OHCA.

The researchers recommend that emergency medical services (EMS) personnel should develop protocols and implementation plans with their organ donation programmes in order to optimise donation after OHCA, and implement these three objective criteria in their protocols for cardiac arrest.

“Rapid referral to an organ donation institution under mechanical ventilation and continuous automated external cardiac massage should be considered for patients with no chance of survival”, they write.


Music Therapy Has a Role in the ICU »»

Caring for Organ Donors in the ICU

The key points in caring for organ donors in the intensive care unit (ICU) are to use standardised donor management protocols,... Read more

A cohort study of data on 26,183 patients resuscitated from an in-hospital cardiac arrest found that patients treated with therapeutic... Read more

An observational study of 2294 patients from a large registry found decreased survival to hospital discharge in paediatric patients... Read more