Therapeutic Hypothermia: Time for a Moratorium 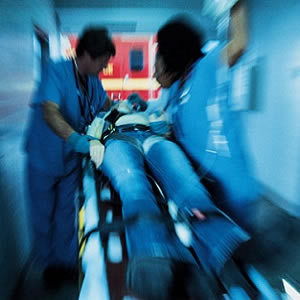 Total or partial cooling of human beings has been used sporadically in a variety of diseases of the central nervous system for centuries. However, an article in the journal Medicina Intensiva highlights the absence of effectiveness of hypothermia in different clinical circumstances and says the recommendation to use this therapy in neurocritical patients should be withdrawn.

The excessive amount of adverse events and increased mortality in some patients receiving this treatment "makes us think about implementing a moratorium in its use," according to authors Dr. Eduardo Palencia Herrejón and Dr. Domingo Díaz Díaz, both from the Servicio de Medicina Intensiva, Hospital Universitario Infanta Leonor, Madrid, Spain.

Holzer’s study (HACA group) and Bernard et al.’s study, which were published in 2002, found that by inducing mild hypothermia (32-34 ◦C) mortality was lower and the chances of neurological recovery after an out-of-hospital recovered cardiac arrest (RCA) of presumed cardiac origin due to defibrillation rhythms were higher. The recommendation to use hypothermia came fast and it reached out to two groups that had not been evaluated in the clinical trials: non-defibrillation rhythms, and hospital cardiac arrests.

"As it has happened in other occasions, the desire to find effective therapies in a situation that leads to such higher mortality rates as RCAs is accompanied by an enthusiastic adherence and a not very critical evaluation of the apparently favourable results, so it is not surprising that such studies are usually referred to as 'large sample' and 'high quality' studies, when they are really small studies with important methodological limitations," the authors point out.

Drs. Herrejón and Diaz say we should instead give more credit to Nielsen et al.’s clinical trial than to the other two studies that support the recommendations coming from the scientific societies. Nielsen’s study, published in 2013, is three times as big, in size, as all the other former trials and, in a transparent way, prospectively shows the study protocol. Its results show that mild hypothermia (32-34 ◦C) does not improve mortality or neurological recovery compared to the control of temperature in the range of monothermia (36 ◦C).

"Yet despite the publication of Nielsen’s clinical trial and observational studies with results clearly negative on hypothermia in the management of intrahospital cardiac arrests, the scientific societies have underestimated the evidence against the effectiveness of hypothermia when the evidence in its favour is quantitative and qualitatively inferior," Drs. Herrejón and Diaz say.

The existing evidence claims that hypothermia should be avoided, and that the active control of temperature should occur in the range of normotherapy, or minimal hypothermia (36 ◦C) – not lower, the authors add.

Study: Use of therapeutic hypothermia in out-of-hospital cardiac arrest dipped after TTM trial

A U.S. registry study on use of therapeutic hypothermia for out-of-hospital cardiac arrest patients found that use dipped immediately... Read more

Therapeutic hypothermia, partial cooling, Total cooling, neurocritical patients Total or partial cooling of human beings has been used sporadically in a variety of diseases of the central nervous system for centuries. However, an article in the journal Medicina Intensiva highlights the absence of effectiveness of hypothermia in diffe