Study: Under- and Over-Feeding Associated with Harm 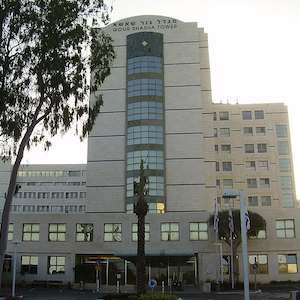 A study that examined resting energy expenditure, calorie and protein consumption in intensive care unit (ICU) patients found that both underfeeding and overfeeding appeared to be harmful. The results showed a non-linear, significant association between the percent Administered Calories (AdCal)/Resting Energy Expenditure (REE) as measured by indirect calorimetry (IC) and mortality by 60 days.The study is published in Critical Care.

A retrospective cohort study of 1171 patients was undertaken by Oren Zusman and colleagues from Rabin Medical Center, Beilinson Hospital, Petah Tikva, Israel and Tel Aviv University. They set out to examine the outcome of a large cohort of ICU patients in relation to the percent of administered calories (which included non-nutritional calories) divided by resting energy expenditure (% AdCal/REE) obtained by indirect calorimetry (IC) and to protein intake. Mortality, length of stay (LOS) and length of ventilation (LOV) were assessed. In their ICU the target of caloric intake is 100% REE.

The researchers note that as they used the AdCal/REE as a continuous variable it allowed them to assess the relationship between administered calories and mortality at various levels of intake.

The researchers observe that their study found reduced REE in patients who died, which may be due to multi-organ dysfunction in sepsis leading to metabolic shutdown. They emphasise that this shows the importance of IC- based REE measurements as metabolic needs may shift through the course of a critical illness. They conclude that an exact estimate of REE is needed to define caloric goals, ideally using indirect calorimetry.

«« Critically Ill Cancer Patients: Who to Admit and What Therapy?

Nutrition in the ICU

Patients in the ICU tend to achieve clinical improvement within 3 to 7 days of stay. However, there is a subset of patients... Read more