Share
Download Article Back
A critical care pharmacist’s perspective and advice on medication safety around sedative and analgesic therapy in the ICU.

ICU patients are at particular risk of errors around preparation and administration of intravenous therapies due to the high number of infused drugs. Furthermore, the nature of the ICU environment with the nurses often being interrupted at the bedside and the need for drug concentration calculations contributes to this risk. A multinational observational study found an error rate in parenteral drug administration of around 7% (Valentin et al. 2009). A similar ratio was highlighted in a single-centre observational study of ICU nurses, who knew they were being observed, and the author found an administration error rate of 6.6% (Tissot et al. 1999). A study in which nurses did not know they were being observed had an error rate of administration of 33%, excluding errors of wrong time (van den Bemt et al. 2002).
The 2009 24-hour observational study included 113 ICUs in 27 countries (Valentin et al. 2009). From 1328 patients and 12,000 medicines administrations 861 errors affecting 441 patients were reported. One-third of patients received one or more medication error, of which 19% had one error, and 14% had one or more error. Although most errors did not affect patient status, in 28% of cases medication errors led to temporary change in the patient status. Also, seven patients experienced permanent harm and five died. Looking at the involved drug categories, it appeared that 9% of administrations of sedatives and analgesics were associated with errors (181/2136); resulting in one death and one incident of permanent harm (Valentin et al. 2009). Another study, called the PROTECTED-UK study, analysed data from 21 ICUs from a 2-week period where pharmacists identified all their contributions to care, including noting errors, optimisations and consultations. Out of 20,517 prescriptions, 1 in 6 had such a contribution, and 1 in 15 prescriptions had an error (Shulman et al. 2015; Rudall et al. 2017). The data showed that 5.5% of all errors identified were around sedation and analgesia. Of contributions to care relating to sedation and analgesia (384/3294) 50% were errors, 45% optimisations and 5% consults (Shulman R, pers. comm.).

What can go wrong with sedation and analgesia in the ICU?

Potential errors include selecting the wrong drug, wrong dose, incorrect preparation, contamination in preparation of the product, administration at the wrong rate and compatibility issues. There may be inadequate monitoring of sedation and/or delirium, over- or under-sedation, and errors related to unlicensed use of medications. Commonly used drugs that are not licensed include clonidine (sedation) and haloperidol (delirium) and lidocaine for analgesia.

How to prevent medication errors in the ICU?

Several interventions at the different phases of drug therapy can help to mitigate errors (Figure 1). 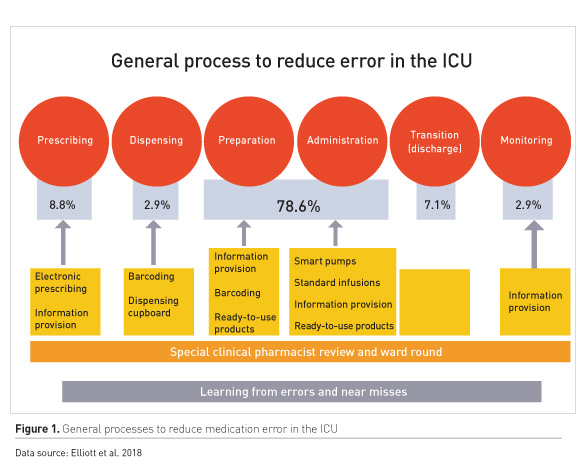 Solutions to reduce selection errors include robotic dispensing, barcode readers and dispensing cupboards that are barcoded. 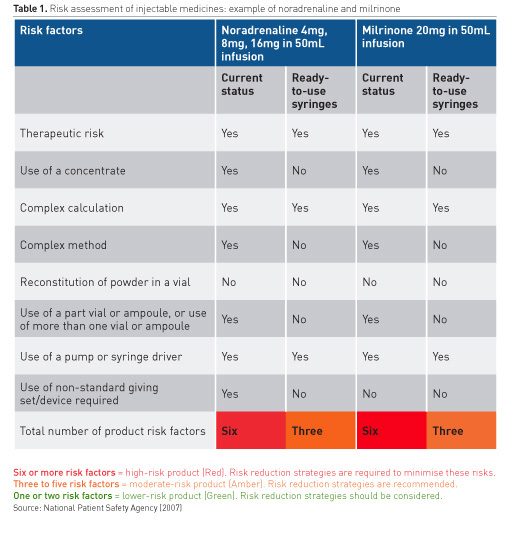 Propofol has been associated with healthcare-associated infections; a review of 58 studies identified 103/1405 (7.3%) incidents of contaminated propofol in theatres and 36/894 (4%) incidence of contaminated propofol in ICUs (Zorrilla-Vaca et al. 2016). Not all propofol formulations contain disodium edetate or EDTA, which reduces microbial growth; Fukada and Ozaki (2007) studied microbial growth in propofol preparations and found that propofol with disodium edetate suppressed bacterial growth more than propofol without. Taking a purchasing for safety approach to propofol, ICUs should consider using prefilled syringes and formulations that contain EDTA.
Figure 2 shows microbial growth in commercially available formulations; Fukada and Ozaki (2007) found that propofol with EDTA suppressed the growth of MSSA, MRSA, E. coli, and K. pneumoniae to a greater extent than propofol without EDTA. 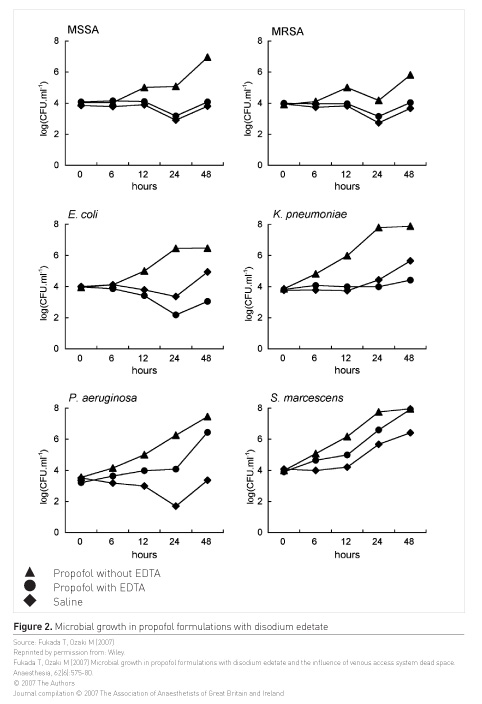 Having clinical pharmacists review and attend ward rounds has been shown to reduce errors. Meaningful reviews of critical incidents and near miss events, and disseminating solutions to colleagues can all help reduce errors (Shulman et al. 2015; Leape et al. 1999; MacLaren and Bond 2009).

There are many initiatives which ICUs can take to mitigate against error at every stage of the drug therapy process, and ensure patient safety. These include minimising interruptions during preparation, including a specialist clinical pharmacist in the multidisciplinary team, using electronic prescribing systems with guidelines and pre-prepared products.

Interprofessional teamwork in the ICU

Panacea or illusion? Reflections on key research insights into interprofessional teamwork in the ICU with a critical yet optimistic... Read more

The secrets of the abdomen Overview of abdominal point-of-care ultrasound use in the ICU, potential diagnoses and findings... Read more