Share
Download Article Back
Summary: At the turn of the twenty-first century, our understanding of the biology of ageing has fundamentally changed thanks to major preclinical breakthroughs, which revived age-old aspirations for eternal youth. However, how close are we, in reality, to achieving this in humans? 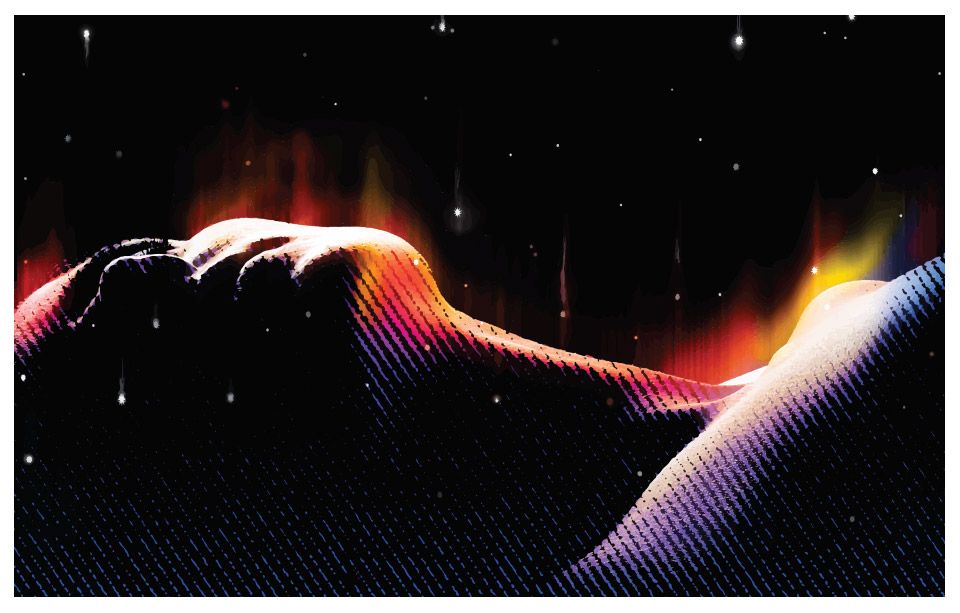 Nowadays, the average human lifespan exceeds 80 years in many countries around the globe, compared to 30 years at the beginning of the 19th century. Improved public health awareness combined with the discovery and further development of antibiotics and vaccines have played an essential role in this expansion of human lifespan as they helped plummet early-life mortality caused by infectious diseases and malnutrition. Although late-life mortality has also been reduced due to medical advancements in disease-specific interventional and pharmaceutical remedies, the gains in late-life healthy years have proved more challenging. Some have attributed this fact to the so-called competing risks phenomenon, where the prevention or cure of a specific disease, for example atherosclerotic heart disease, is soon replaced by another one which can be more debilitating, such as Alzheimer’s disease. Hence, the conventional approach to single out diseases and treat them one at a time does not seem to be effective for major gains in healthy life years in the elderly. Instead, targeting ageing as a common denominator of most chronic diseases might prove more successful in extending human healthspan, ie the disease-free period of life (Olshansky 2018).

Although fasting or dietary restriction, ie reduced caloric intake without incurring malnutrition, have been practiced for thousands of years, their impact on ageing has only been rigorously studied in modern history. Almost a century ago, a remarkable lifespan extension was observed in laboratory rats subjected to limited food access compared to their ad libitum-fed counterparts. Hence, reduced energy intake attracted major attention as a potential remedy for ageing; especially since it is more modifiable than other known determinants of our biological age, like socioeconomic and genetic factors. More recently, a plethora of studies have validated the beneficial impact of caloric restriction on ageing and extended it to other animal species, including non-human primates. More importantly, caloric restriction has also been shown to extend healthspan, as it can confer protection against metabolic abnormalities in glucose and insulin homeostasis, and various cardiovascular risk factors (eg high blood pressure and lipids).
It is now well-accepted that dietary restriction exerts these beneficial effects on health and lifespan via diverting energy utilisation from growth, towards cellular maintenance and quality control. This, in turn, improves stress resistance and enhances cellular function through the activation of various cellular adaptive and homeostatic processes. However, despite such astounding benefits, caloric restriction does not seem to be suitable for adoption as a long-term lifestyle, let alone clinical practice, for a couple of reasons. Firstly, following strict dietary regimens for extended periods is generally challenging for the majority of people. Secondly, it remains unclear whether the elderly can tolerate chronic caloric restriction for long periods without incurring adverse effects, especially in those suffering from chronic multicomorbidities, injuries and infections. To this end, it was imperative to define the specific molecular targets through which caloric restriction counteracts ageing and exploit them to develop bona fide therapies that could promote health similarly to caloric restriction, but are easier and safer to apply.

Once ageing was established as a biological process, ageing was not untargetable any more. In fact, one can argue that the major accomplishment of preclinical ageing research is the identification of a subset of cellular processes and targets that determine the pace of ageing clock. One such molecular target is the mammalian target of rapamycin (mTOR) which is a nutrient sensor and a master regulator of cellular metabolism. During times of nutrient sufficiency, mTOR stimulates growth; meanwhile during energy deficit, it promotes cellular maintenance by activating catabolic processes, such as autophagy (‘self-eating’ in Greek). Interestingly, mTOR inhibition by rapamycin, an FDA-approved immunosuppressive drug, extends the lifespan of mice by more than 30%. However, rapamycin incurs side effects on glucose control and diabetes, thus, alternative mTOR-modulating drugs that are more specific and, more importantly, safer are needed. One such alternative to rapamycin could be the first-line anti-diabetic drug metformin, which inhibits mTOR via another major metabolic regulator known as AMPK (AMP-dependent kinase). Metformin effectively extends the life and health spans of mice; similarly, diabetic patients receiving metformin show lower incidence of cardiovascular disease, cancer and cognitive dysfunction in addition to improved overall survival. Interestingly, joint administration of metformin and rapamycin was found to be even more benefiical in delaying ageing than either alone as reported by the Interventions Testing Program (ITP) - a programme funded by the National Institute of Aging in the USA with the goal of investigating various treatments for the extension of lifespan and retardation of disease in mice. The ITP programme also reported lifespan extension by another anti-diabetic drug, acarbose, (in both sexes) and by the nonsteroidal anti-inflammatory drug aspirin (in males only).
Another potential anti-ageing, but natural compound, is spermidine, which is endogenous to our bodies and exists in different amounts in our food (Madeo et al. 2018). Spermidine has a unique intrinsic ability to induce cytoprotective mechanisms, such as autophagy, which is responsible for the disposal and recycling of dysfunctional cellular components. Spermidine feeding to mice, either early or late in life, extends their median life span and exerts multiple cardiovascular beneficial effects (Eisenberg et al. 2016). Interestingly, spermidine levels decline with ageing in humans and exceptionally old individuals with preserved health demonstrate higher circulating spermidine levels. Another natural substance with anti-ageing properties include the sirtuin activator resveratrol, which has been shown to exert various beneficial effects against ageing and metabolic dysregulation in mice and monkeys, yet those benefits were largely disputed in humans due to bioavailability and specificity issues.

Anti-Ageing Pills for Humans: Myth or Work in Progress?

Generally, translating preclinical findings to humans is very defiant with only a handful of effective interventions in animals making it to clinical practice. In the field of geroscience, this is even more challenging as humans are a relatively long-lived species and, thus, clinical confirmation that a drug effectively extends lifespan would take decades. That said, emerging anti-ageing therapies are now starting to be clinically tested for efficacy in specific age-related diseases. For instance, a low non-immunosuppressive dose of mTOR inhibitors, given for 6 weeks, has been shown to be well-tolerated in the elderly and to improve their response to influenza vaccination and to lower the rate of infections over the following year. Albeit in early phases, this is a great example of a successful clinical trial of a drug that essentially targets a mechanism of ageing (Campisi et al. 2019). Another example is the antidiabetic drug metformin, which will be tested within the placebo-controlled trial TAME (Targeting Ageing with MEtformin) for anti-ageing properties in non-diabetic older adults. Particularly, the TAME trial will examine whether metformin can delay the development or progression of common age-related chronic disorders, such as cardiovascular disease, cancer and dementia. Other medications that have been tested in humans include aspirin which despite being known to exert protective effects during secondary prevention of cardiovascular disease, did not show anti-ageing effects in healthy elderly at low-doses. Aspirin was surprisingly found 'not' to be superior to placebo in extending disability-free survival or reducing all-cause mortality. At this point, however, it is worth mentioning that optimal, instead of fixed, dosage and timing of administration (ie chronotherapy hypothesis) might help reveal the anti-ageing effects of aspirin in humans as well. Finally, other compounds, such as spermidine, which is supported by epidemiological evidence linking its dietary intake to improved overall survival and cardiovascular health, still awaits testing in randomised clinical trials, despite the already established safety profile in the elderly.

Targeting ageing per se appears to be the most promising approach to tackle population ageing and related morbidity. In this regard, major preclinical strides have been achieved and more are expected to come. These experimental findings are being exploited not only to extend our lifespan, but more importantly, our healthspan. This is further supported by the growing realisation that extending our lifetime lived in health either by extending total lifespan or just compressing the late-life period lived in disease is far more critical than gaining extra years lived in disability and frailty. Although the venture for an effective anti-ageing pill is still in its start, the benefits will eventually far outweigh the risks. In fact, with the ever-growing investment in longevity research, that - as-of-yet fictitious - anti-ageing pill might one day become a reality!

The authors acknowledge support from the Austrian Science Fund (FWF) through the grant I3301-B31 (ERA-CVD, MINOTAUR).

ageing, caloric restriction, spermidine, metformin, anti-ageing pill Our understanding of ageing has fundamentally changed but how close are we, in reality, to achieving eternal youth?

Varian has announced that its stockholders have voted to approve the... Read more

On 14 April 2020 Céline Carrera took up the position of Education... Read more