Over the past few months I have discussed my book, Red Pill, with a range of colleagues and shown chapters to a few. As the book points out some of the flaws in conventional thinking, they normally come back to me with the same question. “What does work then?”

This has caused me to think deeply about what their question actually means. It has also highlighted to me what an important question it is to so many people. “What worked?”, “how do you succeed?” — These are the killer questions to the degree that we don’t even realise that we are bound by them. For success — a solution “working” — seems to be the ultimate measure. “Does it work?” seems to trump every other question. People treat it as the ultimate test of worth. “Yes, yes,” they say, “that all sounds very good in theory, but does it works?”  If you wish to be grounded and in control, this really does seem to be the question to ask. However, I want to share with you an alternative way of seeing the world — a world where “does it work?” may not be the most important question. Let’s start at the beginning, with the conventional view of business success.

In many ways business success is very straightforward. If business is about shareholder value, then we can demonstrate success with a range of business metrics. The starting point for most people when they want to identify a successful business is likely to be one of the following:

Some of these can trade off against others, but if a business is balancing them well or at least in the intended way, we would consider it successful and so look at what the leaders are doing to create this success. This in turn may lead us to a whole set of other measures that impact the financial ones, such as customer satisfaction and employee engagement. In this world, our mission is to create sustainable business success. As leaders we know that actions that lead to this success are good and actions that put it at risk are bad. So far, so simple.

Given the importance of these financial metrics, we increasingly see them being used to legitimise actions or activities that have a higher purpose. Take, for example, the issue of diversity in the workplace and in particular the role of women leaders. A typical study by Jo et al. (2011) makes the case very clearly. They found that Fortune 500 companies with three or more women in board positions created a competitive advantage over companies with no women on their boards. In particular in the following three areas:

It certainly does seem to make a good case for diversity. Similar arguments are made for other noble causes. Ethisphere tells us that the world’s most ethical companies’ stocks have grown at twice the rate of the S&P500 (Ethisphere 2011). We hear how authentic leaders bring about great business results. For example, Harvard Business Review cites the authenticity of Anne Mulcahy as being responsible for the trebling of the stock price of Xerox (George and McClean 2005).

As I read back on the words I have written I feel a curious mixture of delight and dismay. I am delighted that we can embrace diversity, act ethically and be authentic and still achieve great business success. It makes me happy to live in a world where this is the case. However, the dismay I feel is that financial success has somehow become the measure of such things. Someone has felt the need to demonstrate these facts in order to give the behaviours legitimacy. If we are saying “Look! Having women leaders on the board is good for business” aren’t we in danger of becoming slaves to that rationale? if a study next week showed that white male dominated business had started to perform well would that cause us to reject diversity? If unethical leaders improved share price would that make it OK? If faking it rather than being authentic boosted sales is that what we should advocate? Surely we should embrace all of these things regardless of whether they lead to “success” as measured by a narrow range of financial metrics.

There has been another trend in recent years that has gone some way towards broadening our view of success. in Thrive, Arianna Huffington argues that we need to go beyond the currently dominant measure of success, which she sees as being money and power, and instead focus on a third metric (Huffington 2014). Cynics will argue that it is easy for someone with lots of money and power to wax lyrical about a third metric, but at least she is saying it and that can only be good. Huffington’s third metric has four pillars: wellbeing, wisdom, wonder and giving. She rightly argues for a life with more balance and humanity and urges us to have a different definition of success. While I applaud such attempts to broaden the definition of success, in some ways I don’t think that it goes far enough. We are still focused on behaving some way as a means to an end. It may be happiness rather than money, but it still has the same dynamic.

As an alternative approach, I am tempted to focus on being the leader I want to because it is right, not because it gets me something in particular as a result. As a deep introvert and father of another, I was recently given Susan Cain’s excellent Quiet by my long-suffering wife. As she discusses the rise of extraversion as a desirable state precipitated by the work of Dale Carnegie (Dale Carnegie Training 2016), she reflects on the evolution of self-help books through the ages:

“Many of the earliest conduct guides were religious parables, like The Pilgrim’s Progress, published in 1678, which warned readers to behave with restraint if they wanted to make it to heaven. The advice manuals of the nineteenth century were less religious, but still preached the value of noble character. They featured case studies of historical heroes like Abraham Lincoln, revered not only as a gifted communicator, but also as a modest man who did not, as Ralph Waldo Emerson put it, “offend by superiority”. They also celebrated regular people who lived highly moral lives. A popular 1899 manual called Character: The Grandest Thing in the World featured a timid shop girl, who gave away her meagre earnings to a freezing beggar, then rushed off before anyone could see what she’d done. Her virtue, the reader understood, derived not only from her generosity but also from her wish to remain anonymous.

But by 1920, popular self-help guides had changed their focus from inner virtue to outer charm – “to know what to say and how to say it,” as one manual put it. “To create personality is power,” advised another. “Try in every way to have command of the manners which make people think ‘he’s a mighty likeable fellow,’” said a third. Success magazine and The Saturday Evening Post introduced departments instructing readers on the art of conversation. The same author, Orison Swett Marden, who wrote Character: The Grandest Thing in the World in 1899 produced another popular title in 1921. it was called Masterful Personality (Cain 2012). 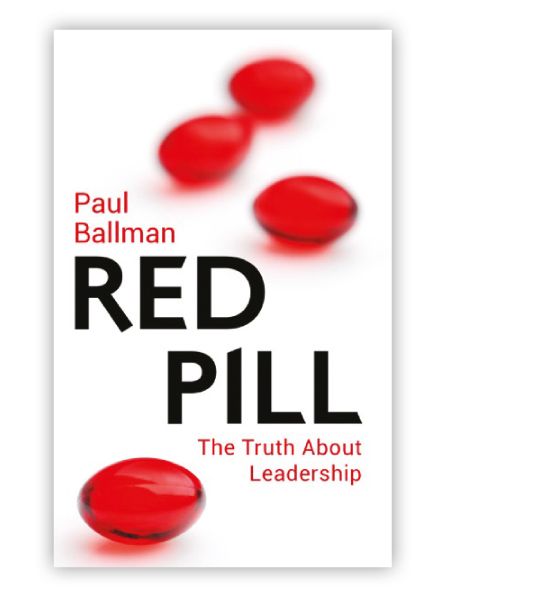 Later, Cain reports that the earlier guides used words like:

While Cain was making a point about introversion and extraversion, I think that she also highlights a trend from being of good character as an end in its own right to simply behaving in a way that is going to maximise your likelihood of success. In a recent book, Fred Kiel tells us that there is a Return on Character. He claims that people with his definition of character achieve five times the return on assets than those without (Kiel 2015). Even if his research is correct, then character is still just being packaged as a technique for being successful and so by my definition this is not character at all. True character persists regardless of failure, not simply to earn success.

When I talk to people outside of the work context, I think that most of the world does still value character in its own right. I would love to be seen as a good man, as a man of integrity and I am sure I am not alone in this desire. I am also not alone in failing at times to meet that aspiration. But somehow in the world of business the dialogue so easily turns to success as the ultimate measure. We can recognise leaders who succeed and happen to be good, but we are equally in awe of those who just succeed. There is precious little narrative of those who are good even though circumstances led to failure. The interesting thing for me is that by doing all the right things I can influence, but not control, my success. On the other hand I can entirely control whether or not I act with integrity. I will try my best to succeed, but if I fail I at least want the consolation that I didn’t lose my principles along the way.

I am encouraged that many noble behaviours can lead to success, but we must acknowledge that they can also fail. Likewise some morally questionable activities might get you the results you want. So perhaps you should ask yourself what kind of leader you want to be independently of whether it leads to success. If we could learn to value character as much as we do success, might that not be a better way to live? We should not be afraid to put morality above success and act accordingly. Ed Catmull puts it well:

“I know one gaming company in Los Angeles that had a stated goal of turning over 15 percent of its workforce every year. The reasoning behind such a policy was that production shoots up when you hire smart, hungry kids straight out of school and work them to death. Attrition was inevitable under such conditions, but that was okay, because the company’s needs outweighed those of the worker. Did it work? Sure, maybe. To a point. But if you ask me, that kind of thing is not just misguided, it is immoral," (Catmull).

To close, let me reassure you that I am not in any way against success. I like it very much. However, I know that it is a hard thing to guarantee, and anyone who tells you they have the answer is mistaken. I also know that it is not the most important thing in the world. Being able to live with myself and the way I have behaved is. Let us attend to how to be the best version of ourselves, the people we want to be, while at the same time leading your business in a way that increases its chances of success (however defined) without necessarily being able to guarantee it.

• Relying on financial success as justification for ethical behaviour undermines it.

• Need to focus on character as an end in it own right, not a means to an end.

Resource Allocation in Healthcare: Have We Misjudged Societal Values?

All About The Dose Infographic