Patients' Rights Have No Borders

Seeking Healthcare in Another Member State 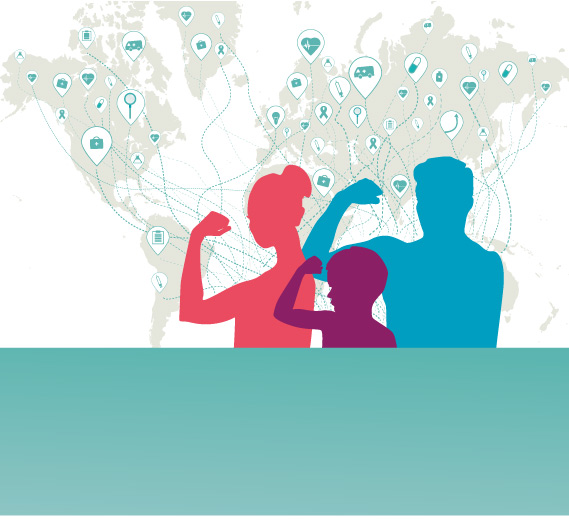 The diversity of health systems, especially in terms of quality and safety policies, has always been mentioned as the biggest obstacle to cross-border care in the European Union. The implementation of the directive on the application of patients’ rights in cross-border healthcare (Council Directive 2011/24/EU) in 2013 was therefore welcomed as a major achievement in health policy, as it grants European citizens the right to access healthcare services in a different Member State, in compliance with the fundamental principle of free movement of people and services within the European Union.

Patient mobility accounts for approximately less than 1 percent of the overall EU health spending—around 10 billion euros per year (European Commission 2013), but it is increasing considerably. The extensive degree of connectivity and amount of information available today are progressively making patients more informed on treatments and care available beyond their national boundaries. (Levaggi, Montefiori, 2014:V).

Reimbursements: patients usually pay upfront and are then reimbursed by their home state. However, Member States are only required to reimburse treatments the patient would have been entitled to in their home health system and up to the same amount;

The directive not only offers patients the opportunity to obtain care where there are better expertise or specialized treatments, lower costs or shorter waiting times, but also to take advantage of the enormous potential coming from an integration of the European dimension into health.

Indeed, cross-border healthcare facilitates mobility of patients, but also that of health professionals and, consequently, it fosters exchange of expertise and knowledge in the health sector. (Wismar, Palm, Figueras, Ernst, van Ginneken 2011:224-228) In a wider sense, this means that the Directive impacts all citizens living in the European Union. It improves freedom of choice for patients willing to get treatment abroad, but it also affects those receiving care in their home country, as cross-border cooperation enables greater efficiency and quality of healthcare across Europe.

Despite its potential, the effectiveness and impact of the Directive depend on many factors. The first and utmost important ones are related to citizens and stakeholders’ awareness and understanding of the benefits this legislation brings to society and EU health systems. Actually, this is still a great weakness and an open challenge: the report on the state of play of the cross-border healthcare directive, published by the European Commission in 2016 highlights that fewer than two out of ten citizens are informed about their rights in this area, and that only one in ten is aware of either the existence of or role of national contact points (Directorate-General for Health and Food Safety 2015).

These data do raise some concerns and questions regarding the commitment of Member States towards cross-border healthcare: what are they actually doing to spread the word about the rights introduced by the Directive?

After its inception, the EU Commission (European Commission, 2013) and some Member States (Ministero della salute, 2014) promoted several communication activities. Yet these initiatives never attempted to engage or affect civil society as a whole, and specifically civic and patient organizations in the first place, which instead are the strongest and most relevant allies to build bridges with citizens and patients.

From Evidence to Action: a European Communication Campaign

In light of the above, the Active Citizenship Network (ACN) decided to celebrate the 10th anniversary of the European Patients’ Rights Day this year by promoting a communication campaign in 14 European countries, entitled Patients’ rights have no borders (Active Citizenship Network n.d.). The campaign, supported by Novartis Oncology, has been organized with the involvement of partner associations and will run until the end of the year. However, Patients’ rights have no border foresees a much broader and ambitious geographical impact, as it plans to involve the civil society of all the Member States by the end of 2017.

The initiative has the innovative merit of establishing the first network of civic and patient associations able and willing to assist and advise citizens seeking care within the European Union. This network is composed of 14 organisations so far, which include patient organisations focused on rare diseases, civic and patient associations devoted to advocacy or protection of patients’ rights, a consumer association and networks.

Furthermore, this activity is the result of a long-term commitment of ACN towards cross-border healthcare. Milestones in this field include:

The campaign is supported by industry players, and it has also received the endorsement of the European Institutions (Directorate-General Health and Food Safety & Cross-Border Healthcare Unit and Members of the EU Parliament involved in the Interest Group European patients’ rights & cross-border healthcare) as well as the support of relevant umbrella organizations at a European and international level (EuropaColon, Global Myeloma Action Network, World Alliance of Pituitary Organisations ).

ACN has identified short-term and long-term goals to achieve in the framework of the project Patients’ rights have no borders. As for the short-term goals, raising citizens’ awareness of their rights to cross-border healthcare and about the main contents of the directive has been a priority. To serve this purpose, ACN and its partners have drafted informative materials in 14 languages, which are still being distributed throughout dissemination activities at national level, and are also available online. A specific campaign on social media is supporting these actions.

Another important goal in the short run has been the attempt to collect patients’ experiences in the form of case histories, data or interviews.

Long-term goals require a strong commitment of civic and patient organisations: on the one hand, they should work closely to find out common solutions to face the main issues and concerns raised by citizens on cross-border healthcare. On the other hand, they should play an active role and demand cooperation with their national institutions, as foreseen by the directive itself.

Raising awareness among all the stakeholders and strengthening collaboration among civil society, patients’ associations, institutions and professionals are all fundamental steps towards full implementation and effectiveness of the cross-border healthcare directive. They are also the basis of the campaign promoted by ACN, which works also as an invitation to open up to the power of network and partnerships to reach citizens and a common, holistic approach to health.

Active Citizenship Network (2013a) Manifesto for the implementation of the right of European patients to make an informed choice. [Accessed: 19 October 2016] Available from activecitizenship.net/patients-rights/29-news/116-manifesto-for-the-implementation-of-the-right-of-european-patients-to-make-an-informed-choice.html

Council directive 2011/24/EU of the European Parliament and of the Council of 9 March 2011 on the application of patients’ rights in cross-border healthcare. [Accessed: 19 October 2016] Available from eur-lex.europa.eu/legal-content/EN/ALL/?uri=CELEX%3A32011L0024

Directorate-General for Health and Food Safety (2015) Patients’ rights in cross-border healthcare in the European Union. [Accessed: 19 October 2016] Available from publications.europa.eu/en/publication-detail/-/publication/9556ecd0-ea85-11e5-a2a7-01aa75ed71a1/language-en

European Commission (2015) to the European Parliament and the Council 2015, Commission report on the operation of directive 2011/24/EU on the application of patients’ rights in cross-border healthcare. [Accessed: 19 October 2016] Available from ec.europa.eu/health/cross_border_care/docs/2015_operation_report_dir201124eu_en.pdf

Securing a hospital round the clock is a tough job. But a rapidly maturing technology is perfectly built for the task, writes... Read more

Management and Leadership in Cardiology