“Not in My Care Home”

Share
Download Article Back
In early summer, a care home on the outskirts of Lyon in France made headlines in Europe. 4 June marked the end of the 47-day voluntary lockdown of its staff together with the 106 residents. This was done to protect the elderly from the coronavirus. The facility director Valérie Martin talked to HealthManagement.org about this experience, which was both terrifying and amazing. 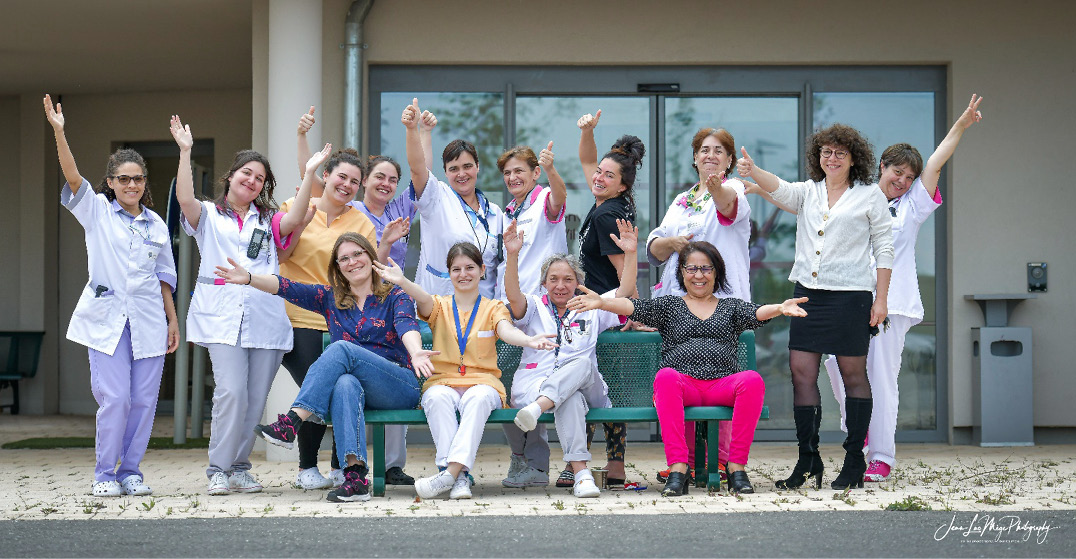 When it became clear how remarkably fast the virus had travelled from China to Italy, I got very scared – for everyone, obviously, for the health of the population in general, but most of all, for the Vilanova residents.

I made the decision to lock down Vilanova on 15 April. Corbas where I live is 1km from the care home. I have been living there for 40 years and know it like the back of my hand. On that day I was staying at home when I suddenly realised how lucky I was to be able to move around – to my kitchen, my garden, my dining room… And I felt I couldn’t take that liberty from our residents. They just could not be locked down in their rooms because of the COVID-19 outbreak. So the solution was obvious to me: to preserve the freedom of the residents by temporarily giving up on mine.

Most of the staff already know me well. They know that as a director I think fast and act even faster. They were hardly surprised by my suggestion, and out of the 50 people I called, 29 said, “Ok, let’s do it.”

During our quarantine, I had to sleep in my office while my colleagues slept on mattresses on the floor. But despite all the challenges, the days that followed were amazing, with the strong feeling of escaping a great danger.

Our residents did not fully realise the scale of the coronavirus disaster. They were not confined to their rooms and could move freely around the facility. We were always with them doing lots of activities, having discussions… we all truly bonded. The residents made new friends and talked to each other a lot. This atmosphere has been really nice, with lots of camaraderie and solidarity since there were only the staff and the residents.

For example, the residents got used to gathering in the living room and spending time together. It looked like they felt freer without any external interventions. Now, however, the family visits are allowed again, and visitors tend to take their loved ones to their rooms and chat with them there. To us, this a bit of a shame. We try to make the families understand that the beautiful relationships between residents have evolved during their absence, but it has been difficult so far. 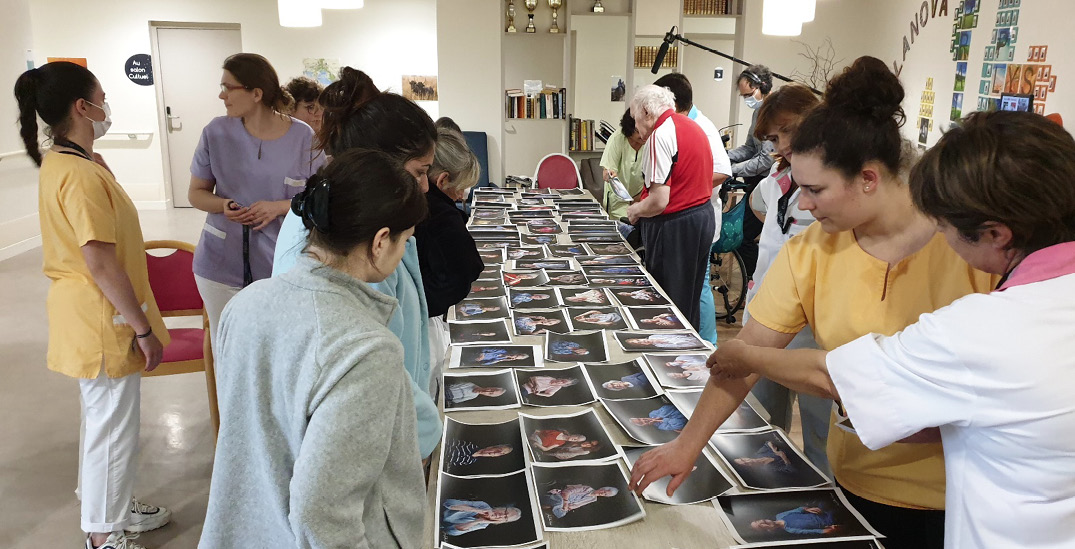 As it became clear that the virus was spreading in Europe, we were scared. But the worst period were the first two weeks in April, between the beginning of an enormous surge in cases in France and our decision to lock ourselves down in Vilanova. During those two weeks we kept entering the facility from the outside world and did not know if any – or all – of us was infected, so it was a bit of double or quits for us.

Each of those 15 days brought a lot of tension as we kept checking for the tiniest rise in temperature or signs of weakness. When finally the coming and going stopped and we established ourselves within the facility, it was a relief for all of us. Still, now I really feel like I need a holiday! So far I have only taken a couple of days off, but am looking forward to have more in late summer.

During our lockdown days my biggest reward was seeing how supportive and kind our residents were. They never pushed for anything, never demanded anything.

And on 4 June, when our isolation was finally over, there were so many people in our car park. Firefighters, municipal police, paramedics, the Red Cross – they all came to greet us honking the horns of their vehicles and applauding.

I have now written a book about the days of our confinement and am waiting for it to be published. 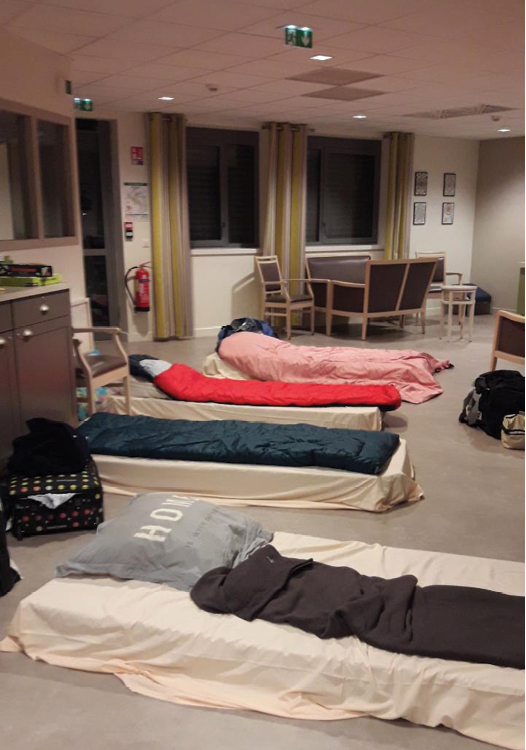 Another Lockdown Is Possible

As I said, the families could visit again from 4 June onwards. They have to follow a protocol – wear a mask, have their temperature taken, etc. Surprisingly, we realised that there were visitors who did not respect the protocol. It made me think if I would have to close the home again – I don’t want the virus coming into my care home and to see the residents spending the whole summer locked in their rooms! And yes, we would lock down again if necessary, although this would be really difficult.

The problem is that people have no ‘barrier reflex.’ We tend to forget that we might get infected from touching surfaces, such as door handles, or from shaking hands. In France, there is a culture of kissing to greet each other, of social touching – we are French and this comes from our Latin roots. Now, I personally try to remind myself every time that, “No, we should not touch!” But there are still plenty of those who do kissing or touching.

For the time being, we will see how things are going, but most probably we will have to lock ourselves down again sometime in October-November. We cannot do it earlier – we are mostly women, many have children who need to get prepared to school, we also need some holidays to recover. If we are isolated again during those months, we would have to have a break for Christmas. As a director, I cannot ask from my staff to be in isolation during Christmas. That is just not possible.

I think the first motivation to work with elderly people is to respect them. This is not among the professional skills you learn in vocational school, but for us here at Vilanova it is essential. If one respects an elderly person, they make a good professional!

To my colleagues around the world I would recommend to take the time to actually get to know your staff, the people who work with you. The bureaucratic burden on us is huge and very time-consuming, but you really have to find time to say hello, have small talk and be friendly. This is indisputable. Yes, we are managers, administrative staff, but we must not forget to be generous and selfless.

In early summer, a care home on the outskirts of Lyon in France made headlines in Europe. 4 June marked the end of the 47-day voluntary lockdown of its staff together with the 106 residents. This was done to protect the elderly from the coronavirus. The facility director Valérie Martin talked to HealthManagement.org about this experience, which was both terrifying and amazing.

Role of Wearables in Combating COVID-19

The current pandemic has highlighted the importance and usefulness of wearable medical devices during an infectious disease... Read more

COVID-19 has ignited the need for data-driven decision making, personalised healthcare and digital delivery. How can the... Read more

How can health organisations speed up AI adoption to gain efficiency, quality and resourcing advantages, without a slow and... Read more

Fighting the Supervillain with Everyone’s Superpowers

The new superheroes of today – those on the frontlines of the COVID-19 fight – are widely acclaimed, but not always properly... Read more

Procalcitonin is widely used to assess the risk of bacterial infection and disease progression. Can it be an additional tool... Read more

Agfa HealthCare and Microsoft Teams have partnered up to provide new communication and collaboration solutions to help healthcare... Read more

COVID-19, lockdown, care home “Not in My Care Home”