A crisis action plan is necessary to avert negative fallout

Most companies have done little in the way of preparation for crisis. The following exciting hypothetical scenario can help put matters right. 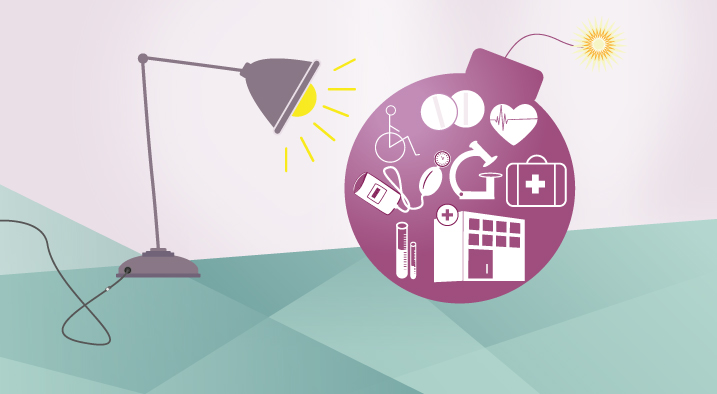 Many health sector firms do not have proper crisis management plans. They might have a plan for the more tangible aspects such as an IT failure or having to evacuate the office. They will probably have a PR or communications adviser. But, from experience, they are unlikely to have knitted all aspects together in one document. In effect, they will lack a holistic plan that covers all contingencies – both operational and reputational.

To that end, the CEO and top team will be relying on their ability to see the potential for things going wrong and reacting in good time. But this depends on employees at all levels being able to spot a potential crisis and trusting the system and their management sufficiently to elevate their concerns quickly and to the right people. Otherwise an incident can rapidly spiral out of control and become a full-blown crisis. Then, without a plan in place that allows for an organised response, it may not be possible to get off the back foot.

One way to test this assumption is through scenario planning, a well-honed training tool in both the army and academia. In this article, we will walk you through a fictitious incident based on a compilation of real-time events. Through this scenario we pose some questions you might well ask if you were helping to manage this hypothetical situation. We then provide some conclusions that should guide both preparation and response. (It’s important to note that none of the events described in this article bear any resemblance to actual events in association with the places and institutions mentioned. They are named and described for illustrative purposes only).

Waguluu PLC is a biotech company that grows human tissue for wound care and other healing applications. The company was started in 2007 as part of the National Institute of Health Research (NIHR) Cambridge Biomedical Research Centre. Its scientists and post-graduate researchers came from the biological science department at Magdalene College. Its commercial potential grew rapidly and it went public on the London Stock Exchange in 2010.

By 2012 the company already had a product approved by the US Food and Drug Administration (FDA ) and the European Medicines Agency (EMA), with a second approval pending. Many of the company’s investors have been in the stock since it went public because they believed in the promise of the technology and its healing potential. A number of its institutional investors, including the Universities Superannuation Fund which has many billions under management and is one of the largest pension schemes in the UK, have strict rules regarding ethical investing.

Last month, Waguluu’s public profile rose, with a frontpage story in the Financial Times and a slot on the BB C’s Newsnight, when it became the poster-child in the new “Britain is Open for Business” promotion campaign for the fast-growing bio-medical field.

Waguluu is currently running human trials for a new product, Bandex, a spray dressing that creates a new skin within hours on severely burnt patients who are considered too high risk for surgery. The trials are being run at several hospitals in the EU, including the Hospital Kaspella and the Surgical Centre Trimontium in Plovdiv, Bulgaria.

Waguluu’s CEO , Professor Sir John Morton - professor of cell biology and master of Magdalene College 1995- 2003, and this year’s Nobel Prize winner for medicine - is scheduled to address the European Medical Physics and Engineering Conference in Sofia, Bulgaria, later this month. The conference is to be hosted by the Bulgarian Society of Biomedical Physics and Engineering.

You are a key member of the CEO ’s top team in Waguluu PLC. A close friend of yours in Sofia, someone you knew in your university days in the UK who now closely follows your work at Waguluu, has sent you an email with a link to the highly-respected Center for the Study of Democracy which has released a new study on corruption in the medical sector in Bulgaria (Center for the Study of Democracy 2017), as he knows you plan to visit Bulgaria in December for a conference.

In the email your friend also mentions that he has noticed a fair bit of traffic on Twitter in Bulgaria; there seems to be a public outcry about the mysterious cause of death of a half-dozen or so people in Plovdiv, Bulgaria’s second city, who were brought to hospitals there with severe burns following a gas explosion in an industrial plant nearby. He ends his note to you with the rather quizzical comment: ‘Hey, I thought that new product of yours was supposed to patch things up?’ Questions:

The Medical Examiner’s report on the deaths from the fatal gas explosion reveals that a number of people who died from their severe burns did so because of infections that set in after a spray dressing was used for bandaging. You find out from Waguluu’s clinical division that Bandex was used on some of the patients. The report is mentioned in the local Bulgarian press but it does not mention the product name Bandex. Questions:

The Bandex problems are now out in the open and your stock price has fallen precipitously, though management is confident Waguluu’s basic technology is sound. But today you receive an email from your agent in Sofia saying that the director of the hospital in Plovdiv has been suspended from his post due to allegations of corruption as part of an ongoing investigation by the chief prosecutor’s office at the Ministry of Justice. Four months earlier, your CEO met this hospital director when he was on a visit to your company’s lab in Cambridge as part of a European hospital directors’ tour, all paid for by Waguluu. Questions:

In short, in order to implement a crisis action plan, the following are necessary:

After three decades of crisis resolution, John Deverell CBE created his own company, Deverell Associates advising on leadership, governance, crisis preparedness and business continuity. John was previously Director of Defence Diplomacy in the UK Ministry of Defence and subsequently on the Executive Leadership Team of Invensys plc, a FTSE -100 global technology company.

Center for the Study of Democracy (2007) Corruption in the Healthcare Sector in Bulgaria. [Accessed: 20 October 2017] Available from http://www.csd.bg/artShow. php?id=8843