In April this year I and Thomas Schulz started the pilot project Shaila under the brand Smarthealthlab. The task: to explore the fast growing chatbot technology for healthcare with Shaila (Smart Health Artificial Intelligence Lab Activity).

To make that algorithm more tangible we chose a visual of a young female, gave her a face and named her with an acronym. The choice of a female was a reflection of the impressive growth of female leaders in healthcare, computer science and other business areas.

Thomas and I, as two healthcare professionals in technology, business development, communications, marketing and behavioural economics bundled our extensive knowledge into the digital life of a chatbot creation. The aim was to set up an international digital community of healthcare specialists for knowledge exchange, interactions, questions and answers and dynamic developments. This is especially significant for frequently asked questions for example, as they show great potential for automation. Shaila takes care of a common task in healthcare communication: building a community as are a large number of current Facebook examples — to have a closer relationship with the desired target group.

The advantage of Shaila is that with a smart setup of the algorithm this piece of standard communication can be transferred to the chatbot. Working 24 hours, Shaila, with an unmatchable accuracy, finds people who you wouldn’t find even if you surfed the web nonstop.

See Also: Cooperation between HIT and healthcare needed for success

The challenge is to configure the suitable tech specifications and apply a smart communication style which is related to deep knowledge of construct and effective packaging of language elements. These include favouring the use of ellipsis which cause through the omission of words a “dramatising’’ effect for the readers.

Change by Design: How Design Thinking Transforms Organizations and Inspires Innovation (Brown 2009) incubated extensive research, students and professionals within the economic system. Tim Brown points out that innovation is a collaborative process through a rigorous examination to identify brilliant ideas.

According to Brown, successful ideas follow an overlapping of three criteria:

Design thinking will bring this criteria into harmonious balance. For the Shaila project Thomas and I followed this theory in order to come up with a holistic idea for an evolved method of healthcare communication. But as the technology itself was quickly developing with the speed and momentum of a tidal wave we had to choose a suitable instrument to cope with that challenge.

Since I had been working for a long time with rapid prototyping in my lectures, we examined Experience Prototyping (Buchenau and Fulton Suri 2000) for inspiration about the swift prototyping of design and context. During our discussions we produced everything from sketches to the instant installation of chatbot algorithms like try outs, the design of a webpage, Twitter accounts and the slack community. We went live on 1 April 2016, adjusting technology, design and context almost daily in the first 30 days. Thanks to our observations and the feedback from the first participants we were able to construct a battle-proof system within a very short time.

After releasing Shaila into cyberspace we collected the following within just over five months:

There was some resistance from invited people as they told us they didn’t like the chatbot approach. Others couldn’t follow the idea of an algorithm with a face and the name Shaila as they thought it was a real robot existing somewhere delivering static answers. But the majority were fascinated, interested, wanted to know more and registered in our free Slack community.

As flanking activities we started a blog and a new form of instant interviews, shot from the hip so to speak, with immediate publication via Periscope and our Youtube channel.

A bot provides a basic service in communication which is already standardised, so it makes sense to transfer such routines to an algorithm which always delivers the same performance quality. The experts however stay on top of the work by monitoring and getting into the game when their expertise is necessary in a talk or when they invite the community to join a specific closed user group according to their needs. Through this, patients or customers can enter an individual private premium space where they enjoy the chargeable full care package.

In under a semester we have connected worldwide healthcare professionals and brought them into a constant exchange while simultaneously being able to influence the further development of the community. Our next frontier is participatory design. It’s about sending and receiving information and adjusting the continuing construction of a powerful contact instrument for hospitals and all the other market participants.

Now we have already received the first enquiries to have a look at healthcare communication projects which could be transferred to a chatbot. These include community building, registration processes or product hunts. We are ready to deliver individual chatbot solutions for hospitals and the healthcare market.

To heat up the situation we will carry out the first online chatbot conference under the brand botscamp.co on 7 December 2016. As with the Shaila community, there will be no travel costs, no travel time and the option of being able to push the replay button to attend all planned 20 sessions. Since it is a camp, participants will vote for the 20 sessions they would like to see and follow. By applying the participatory design idea we will let the participants have an impact by their interactivity. 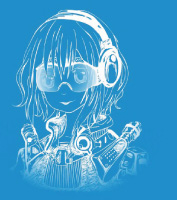 Born and based in Zürich, Switzerland, Maurice focuses case studies in healthcare communication, marketing and behaviour economics. While the background of his studies was the environment of constructivistic didactics at the University of Applied Sciences Zürich, the teaching in Zürich at the EB Zürich School targets social marketing for nonprofit organisations. His collaborative knowledge exchange procedures led to the formation of Scaph Swiss Communication and the Marketing Association of Public Health as the first president as well as to lectures at the West Pomeranian University of Technology in Szczecin, Poland and the University of Bucharest. He is a speaker and member of programme commissions at congresses and currently works as the co-founder of Smarthealthlab on the development and investigation of the chatbot technology in healthcare communication.

Digitisation 4.0: the transmission of patient data

New methods of patient empowerment and communication with doctor. In the Mühldorf clinic, patients have been equipped... Read more

As COVID-19 continues to wreak havoc across the globe, spreading to new regions and threatening with resurgence in those already... Read more

2017 and Beyond: The Face of Healthcare

The Face of Healthcare   Healthcare is at an exciting yet vulnerable crossroads. Technology is being implemented for... Read more

AUTOMATISED HEALTH CARE COMMUNICATION ON THE RISE   In April this year I and Thomas Schulz started the pilot project Shaila... Read more

The Canadian medical system has integrated several paradigm-shifting transformations in the past two decades, not the least... Read more