Body Dysmorphic Disorder (BDD), a psychiatric illness characterised by an obsessive and debilitating preoccupation with perceived physical flaws, carries a significant burden of morbidity. Currently, there is little research investigating methods for the effective early detection, diagnosis, and treatment of BDD. In this case, thrombotic microangiopathy may have been a result of the use of unprescribed phentermine in an attempt to self-treat BDD. The early detection of BDD is needed to prevent substance use and many other potential consequences of untreated BDD.

This case demonstrates the importance of developing early detection and treatment strategies for BDD in order to prevent comorbidities, like substance use, suicide, anxiety, and depression. Furthermore, this case reveals the paucity of current literature surrounding the use and safety of phentermine and draws attention to the need for additional research on phentermine use if physicians are to continue prescribing this drug safely. This case report is an initial step in illuminating the dire need to bridge such knowledge gaps, initiatives that are necessary to improve outcomes for afflicted patients.

A 46-year-old woman presented with progressively worsening migraines, menorrhagia, epistaxis, and fatigue. A thorough history revealed the patient’s perseverance on her abdominal girth, as well as her usage of unprescribed phentermine and other stimulants for weight loss. Laboratory studies revealed low haemoglobin (9.9 g/dL) and platelet count (57 k/μL), low prothrombin time (10.5 seconds) and INR (0.9) values, and a high creatinine (14.90 mg/dL) (Table 1). Schistocytes were noted on peripheral blood smear, and a renal biopsy revealed thrombotic microangiopathy with patchy acute tubular necrosis and mild hyaline arteriosclerosis (Figure 1). The patient had a full recovery after 1.5 rounds of plasmapheresis, one unit of packed red blood cells, and regular haemodialysis. The aeitology of the thrombotic microangiopathy was never discovered and was suspected to be a result of over-the-counter phentermine use.

At the one-month follow-up appointment, the patient asked her physician if she could resume taking 5-hour energy shots and a weight loss supplement she had found online. She was strongly advised to avoid these substances. Two months later, at her next follow-up appointment, the patient was well with no acute complaints. Again, she inquired about taking a ketogenic weight loss supplement, which she was advised against. No specific treatment plan was initiated to address her diagnosis of Body Dysmorphic Disorder.

Body dysmorphic disorder (BDD) is a psychiatric illness characterised by an obsessive focus on personally perceived flaws in one’s physical appearance. The level of obsession observed in patients with BDD differs from common appearance-centric concerns in that it causes impairment in daily life and even extreme distress (Atmaca et al. 2010). Symptoms typically manifest in early adolescence and often involve hours of obsessive and repetitive behaviours, such as checking one’s appearance in mirrors or picking at the skin (Gunstad and Phillips 2003). The aetiology of BDD is complex, but biological factors, such as abnormalities within the orbitofrontal cortex and anterior cingulate cortex, are implicated, as well as socio-environmental and psychological factors (Atmaca et al. 2010). Women tend to obsess about their skin, stomach, weight, breasts, and thighs, while men are more likely to obsess about their genitals, muscle tone, and hair thinning (Phillips et al. 2005; Wilson and Arpey 2004). 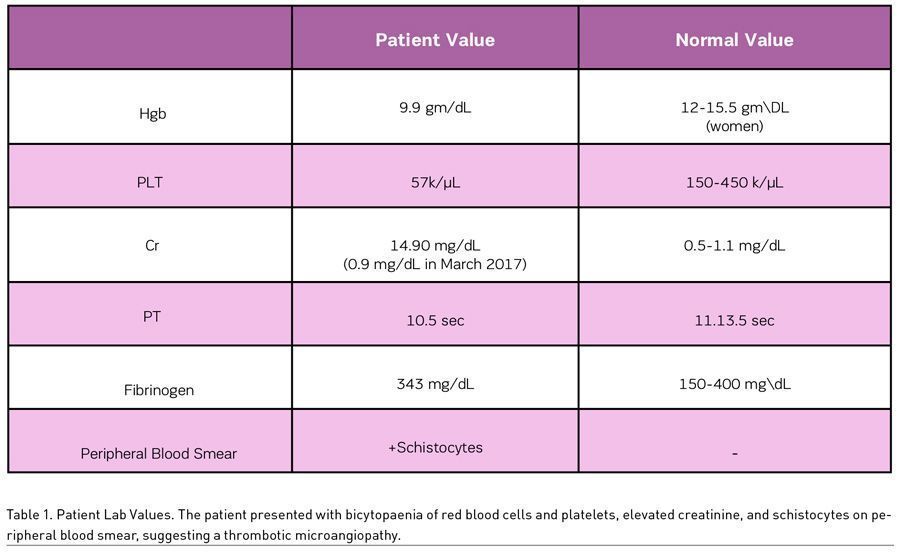 Despite recent interest in BDD and a general population prevalence between 1.7% and 2.4% in 2017, there is little research available on how to effectively recognise or diagnose affected individuals (Jawad and Sjögren 2017). This has facilitated the under-diagnosis of BDD, a disorder that, when left untreated, can have grave, negative sequelae. Untreated BDD patients have higher rates of depression, anxiety, suicidality, substance use disorders, hospitalisations, and unemployment than their counterparts who receive treatment (Phillips et al. 2005; Jawad and Sjögren 2017; Phillips and Menard 2006). Empirical studies report suicidality prevalence rates that are as high as 80% among BDD patients, as well as suicide attempt rates that are up to 12 times higher than that of the average U.S. population (Phillips and Menard 2006). These statistics illuminate an evident need for focused, effective rehabilitation therapies, yet current data indicate that only 20% of treated patients report full remission after four years. Furthermore, relapse rates are as high as 42% even after four years of remission, with higher relapse rates occurring in more severely affected patients (Phillips et al. 2013). This evidence portrays the chronic and unrelenting nature of BDD, as well as necessitates early detection to mitigate morbidity.

The patient in this case report, later found to have undiagnosed and untreated BDD, began taking unprescribed phentermine as a consequence of her preoccupation with her body weight. Phentermine hydrochloride, trade name Adipex-P, is a sympathomimetic amine anorectic indicated for clinical use only as a short-term adjunct in weight loss regimens for the treatment of exogenous obesity (FDA drug information 2012). Eligible patients should have a body mass index ≥ 30 kg/m2, or ≥ 27 kg/m2 if other risk factors (i.e. diabetes mellitus, hyperlipidaemia, controlled hypertension) are present (FDA drug information 2012). The U.S. Food and Drug Administration (FDA) recommends an individualised risk-benefit analysis for each patient before prescribing phentermine, as there are many risk factors, known and unknown, assumed with phentermine use (FDA drug information 2012). Despite these cautionary warnings, phentermine is commonly abused by patients with eating disorders or those wanting to achieve weight loss (Thomas 2015). Further research into the role that phentermine may have played in this woman’s clinical presentation revealed a paucity of literature investigating the mechanism of action or adverse effects of phentermine. Phentermine was approved by the FDA in 1959, a time when fewer drug regulations and restrictions existed. As such, there is still very little information about phentermine use that has been elucidated from formal trials and research studies (Thomas 2015).

BDD remains under-researched and under-recognised. This case report demonstrates one of many potential downstream comorbidities that can result as a consequence of untreated BDD: substance use. The patient in this case study was using Phentermine in an unprescribed and unmonitored manner for weight loss. With no other ready explanation for her DITMA diagnosis, phentermine use must be speculated as a potential cause. The patient was also taking additional stimulants, including Adderall, 5-hour energy drinks, and caffeine, in an unregulated manner. Ultimately, this case report is problematic for two reasons: 1) too little is known about phentermine to either correlate or negate its involvement in the unknown etiology of this patient’s thrombotic microangiopathy, and 2) the early diagnosis of BDD in this patient may have prevented her substance use and subsequent clinical presentation.

The FDA approved phentermine for market in 1959 under a set of regulations and restrictions far different from those upheld today (Thomas 2015; fda.gov/about-fda/fdas-evolving-regulatory-powers/milestones-us-food-and-drug-law-history). Several potential adverse effects of phentermine use have been identified in the cardiovascular, gastrointestinal, allergic, central nervous, and endocrine systems. A few of the more serious potential adverse events include primary pulmonary hypertension, regurgitant cardiac valvular disease, ischaemic events, and psychosis. Furthermore, phentermine use is contraindicated in patients who are taking other weight loss drugs, even those that are prescribed (FDA drug information 2012). The FDA does not explicitly define DITMA as a potential adverse effect of Phentermine use, and there are no previous case studies describing any similar presentations. Thus, phentermine’s implication in this case study is of critical importance and calls for further investigation of phentermine’s mechanism of action and potential adverse effects to ensure the safety of patients.

Substance use/abuse, and the physical maladies that may occur as a result, are only the beginning of a long enumeration of consequences that can occur when BDD remains undetected and untreated. BDD patients spend at least one hour per day focusing on the aspects of their appearance that they perceive negatively; 40% of BDD patients spend 3-8 hours per day on these concerns, and 25% of patients spend 8+ hours per day. This leads to impaired psychosocial functioning, severe anxiety and distress, and poor quality of life (Bjornsson et al. 2010). In fact, patients with BDD have been shown to have a poorer quality of life than patients suffering from diabetes mellitus or clinical depression (Phillips 1999). In a U.S. population study on BDD patients, it was found that they were less likely to be married and more likely to be separated from their partners (Koran et al. 2009). Furthermore, the occupational functioning of BDD patients is often diminished. A study of 141 adults with BDD ascertained that 39% of the subjects missed work secondary to psychopathology from their BDD diagnosis, and 79.7% reported impaired functioning while at work for the same reasons (Didie et al. 2008). Most concerning is the high rate of suicidal ideation and suicide attempts in BDD patients. In a study with 200 BDD patients, it was reported that 78% had lifetime suicidal ideation, and 27.5% of the patients had actually attempted suicide. Most of these patients revealed that they did not disclose their BDD symptoms to their physicians (Phillips and Menard 2006).

This segues into one of the most actionable aims of this case report: physicians need to understand the importance and necessity of recognising and detecting BDD in their patients as early as possible, in order to alleviate the burden of morbidity faced by these patients. One study determined that 15.1% of patients did not discuss their BDD symptoms with their physicians (Conroy et al. 2008). Moreover, in the culmination of five different studies in which adults were screened for BDD, it was found that none of the patients found to have BDD had the diagnosis in their medical record (Bjornsson et al. 2010). The physicians that need to be most aware and cognisant of the potential for BDD are dermatologists, otorhinolaryngologists, and plastic surgeons, as BDD patients most frequently turn to them for cosmetic procedures (Lahousen 2015).

There are several techniques available for the early detection of BDD, including visual assessment, questionnaires, and interview tactics. Patients with BDD often present with abnormal or aggressive behavior and unrealistic expectations that an aesthetic operation will completely fix their perceived blemish. This is often accompanied by disdain and dissatisfaction with previous physicians who have operated on their perceived flaw in the past. BDD patients will often search for confirmation of their blemish and may have developed excessive methods of camouflage to cover the perceived flaw [i.e. makeup, concealing clothing, hair styles, etc.] (Lahousen 2015). Physicians should pay special attention to patients who continue to request different cosmetic procedures and either express dissatisfaction with the results of a procedure or immediately begin lamenting another specific feature of their appearance. Additional behaviours common to BDD patients include skin-picking, immoderate tanning, and excessive doctor’s appointments (Wilson and Arpey 2004).

If these behaviours are observed in a patient, several questionnaires have been developed to assist physicians and patients in recognising BDD. The Body Dysmorphic Questionnaire (BDDQ) and Cosmetic Procedure Screening Questionnaire (COPS) for Body Dysmorphic Disorder are guides that have been verified as having significant results in the use of identifying BDD patients. The BDDQ is based on the DSM-IV criteria for the diagnosis of BDD and has been shown to have 100% sensitivity and 92% specificity in a dermatologic setting. The COPS Questionnaire is available on the Body Dysmorphic Disorder Foundation’s website, available to the public to aid in the self-recognition of BDD. It cautions that only physicians can make an official diagnosis of BDD, but it is helpful for use as a screening tool (bddfoundation.org/helping-you/questionnaires/).

It is exceedingly important that physicians actively attempt to recognise BDD and utilise these tools to aid in the early diagnosis of BDD. With the intentional efforts of physicians, it can be recognised and treated early, mitigating the burden of morbidity and improving the quality of life for patients afflicted with BDD.

Thomas K (2015) Top-Selling Diet Drug Phentermine Is Cheap and Easy to Get. The New York Times. Available from: https://www.nytimes.com/2015/07/05/business/top-selling-diet-drug-phentermine-is-cheap-and-easy-to-get.html

With cancer being the second leading cause of death globally, it is necessary to include cancer care into the global health... Read more