Can Cancer Damage the Heart? 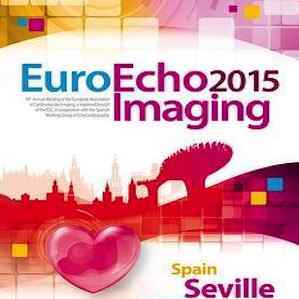 Share
Download PDF
New research presented at EuroEcho-Imaging 2015 raises the possibility that cancer may damage heart muscle irrespective of exposure to cancer drug therapies.
The research from UK's first dedicated cardio-oncology clinic found that both treated and untreated cancer patients had impaired heart function.
Dr Rajdeep S. Khattar, last author of the abstract and consultant cardiologist at the Royal Brompton Hospital in London, UK explains that chemotherapy is known to be toxic to the heart and makes cancer patients more prone to cardiovascular complications including heart failure, hypertension or myocardial ischaemia. But he points out that there is a possibility that tumour growth itself could damage the heart.
The study measured left ventricular function using echocardiography called strain which indicates how well the myocardial fibres contract. Studies conducted previously indicate that cancer patients who undergo chemotherapy may have a normal ejection fraction but reduced strain. This could predict subsequent cardiotoxicity. The researchers of the current study went one step further and investigated whether cancer patients with a normal ejection fraction had reduced strain measurements.
They compared myocardial strain in three groups with a normal ejection fraction (55% or more): 43 patients with cancer who were currently being treated or had received treatment in the past, 36 patients with as yet untreated cancer, and 20 healthy individuals matched to the cancer groups for age and gender.
The findings show that both groups - treated and untreated - had similarly reduced strain measurements indicating impaired heart function as compared to the healthy individuals. This thus indicates that the tumour itself may have a direct and deleterious effect on the heart. Those with reduced strain even before they start therapy may be predisposed to developing heart failure during treatment and they require closer monitoring as highlighted by Dr. Khattar. This is not a usual practice since cancer patients do not have routine cardiovascular risk assessments.
See also: Cardio-oncology Services can Improve Patient Care
A previous study published in September also found elevated cardiovascular biomarkers in patients who were yet untreated for cancer.
Dr Khattar said: "If it transpires that the patients with reduced strain prior to cancer treatment are more prone to heart failure and death then it would be important to implement closer monitoring of patients with cancer than is conducted currently."
Source: ESC
Image Credit: ESC

Cardiovascular toxicity has become a challenging issue during cancer therapy. A survey of oncologists in France reveals that... Read more

Is it cardio-oncology or onco-cardiology? More than the issue of adoption of an appropriate name for this subspeciality,... Read more

New drugs and therapies have led to improvement in cancer patients’ survival; however, cardiovascular toxicity is a reality... Read more

Which is the horse and which is the jockey?  Let us share some intere 114139Read more

The Coeur Wallis association equips the canton of Valais with freely... 113801Read more

The 2017 Ethica Award, the highest honour of the European cardiovascular... 110709Read more