Newly released images from researchers at The University of Manchester's Institute of Cardiovascular Sciences reveal the bicycle spoke structure of a heart cell. This could potentially hold key clues to reducing damage from a heart attack.

The research, conducted by Dr. Ashraf Kitmitto and colleagues, provides new information about why some cells don't work properly following a heart attack. The research was funded by the British Heart Foundation and provides new insights into the structural changes that play a role in the development of heart failure and irregular heartbeats.

The researchers used a novel type electron microscopy and produced 3D images of a healthy heart cell at nanoscopic scale. The images show that the structure is like spokes on a wheel. The spokes, called T-tubules, carry an electrical signal from the outside of the cell to the inside. They play a critical role in the transmission of the electrical impulse through the cell so that the heart cells could contract and enable the heart to pump blood.

When a person has a heart attack, the T-tubules are lost in many areas and the electrical impulses cannot be carried out through the cells. The system becomes distorted and the remaining T-tubules fuse and clump together. 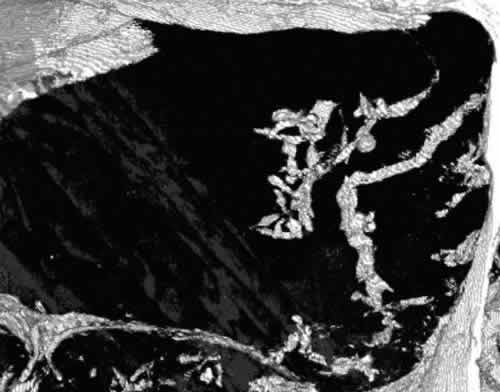 Dr. Kitmitto points out that while major advancements have been made in treating people following a heart attack, treatments still don’t address changes to the structure of the heart. He says, “For the first time, we’ve been able to look, in 3D, at the nano-architecture of the cells around the damaged area of the heart and see the changes following a heart attack. The regular pattern of T-tubules – like spokes on a wheel - is really important because it means the whole heart cell can receive the same information and it can contract together. But following a heart attack that regular structure is lost, so some parts of the cell will get the signal and other parts won’t.” 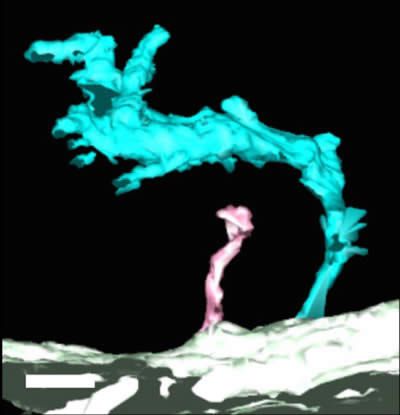 He is hopeful that once the researchers are able to determine why this process happens following a heart attack, it would be possible to intervene and prevent the development of heart failure as well as improve outcomes.

Dr. Mike Knapton, Associate Director at the British Heart Foundation also believes this research could provide clues to reducing the permanent damage caused by heart attack and could lead to treatments that would help improve the quality of life for heart failure patients.

Image 2: Part of a heart cell where t-tubules have been lost following a heart attack.

Image 3: A ‘super-tubule’ (cyan) compared with a healthy t-tubule (pink).

Results from the WHO MONICA study were presented at EuroHeartCare 2015 which showed that poor sleep is associated with... Read more