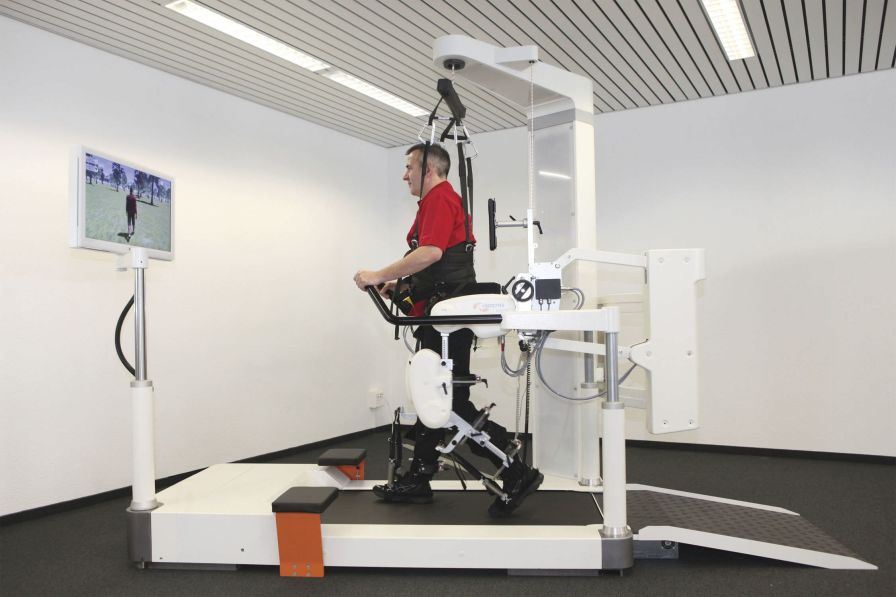 Locomotion therapy supported by an automated gait orthosis on a treadmill has shown to be an effective intervention for improving over-ground walking function caused by neurological diseases and injuries in many cases. The Lokomat system assists walking movements of gait-impaired patients and is used to improve mobility in individuals following stroke, spinal cord injury, cerebral palsy and multiple sclerosis as well as other neurological diseases and injuries. The LokomatPro has been on the market since 2001 and has been a crucial improvement in the art and science of locomotion therapy. The product is based on research and development activities at the Balgrist University Hospital. We are proud to present a new version of the LokomatPro as of March 2011 (depending on national registration procedures). This new version of the LokomatPro features a new and more compact design and is equipped with the Augmented Performance Feedback and a touch screen as a standard. In the future, upgrading options (e.g. additional degrees of freedom at the hip joint, sophisticated control strategy, higher gait speed) will extend the LokomatPro as a sophisticated gait training device that supports the therapists and the patients in reaching their therapy goals.
× × × × × × × × × ×
[email protected]
Industriestr. 4,
8604 Volketswil
× × × × × × ×