The number of doctors and nurses has reached record levels among the 34 member states of the Organisation for Economic Co-operation and Development (OECD), according to the latest report by the economic group.

The report suggests that countries should now reform their training and employment strategies to better respond to people’s changing health needs and reduce their reliance on foreign-trained health workers from developing countries. 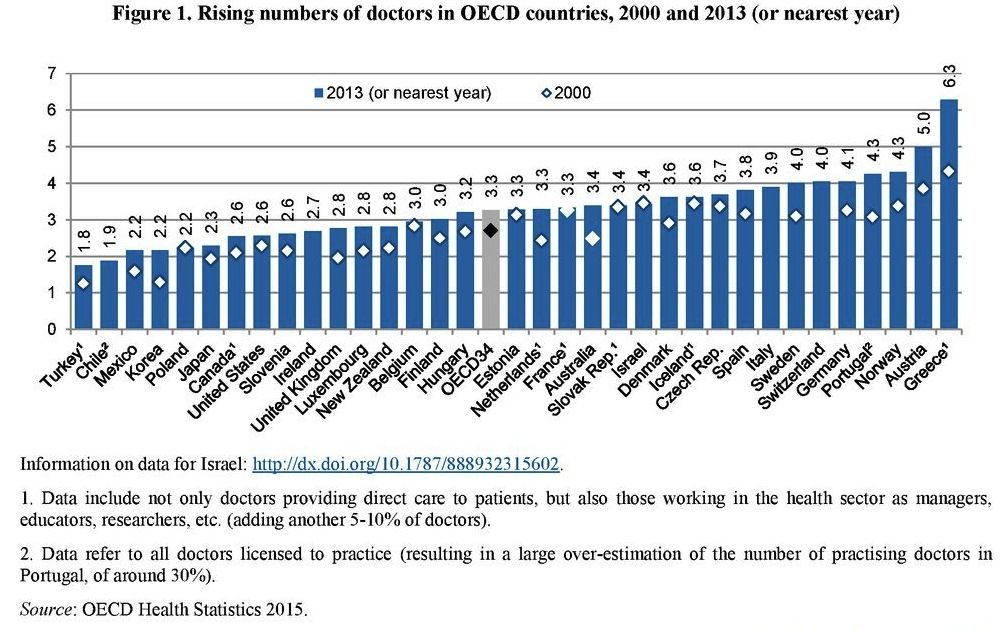 Most of this growth has been driven by substantial increases in student intakes in medical and nursing education and training programmes, the report said. Immigrant doctors and nurses have also contributed to the rise, with foreign-trained doctors accounting for 17 percent of active doctors in OECD countries in 2013-14 and foreign-trained nurses representing 6 percent of all nurses. While about one-third of these foreign-trained doctors and nurses come from other OECD countries, large numbers also come from lower-income countries in Africa that are already facing severe shortages.

“The evolving health and long-term care needs of ageing populations should stimulate innovation in the health sector, where attention should focus on creating the right jobs, with the right skills, in the right places,” said OECD Secretary-General Angel Gurría. “Countries need to co-operate more to ensure that the world gets the strategic investments in the health workforce that are necessary to achieve universal health coverage and high-quality care for all.”

To address these challenges, the OECD report lays out a three-point plan which recommends that countries implement policies to promote:

·           Train a sufficient number and proper mix of health workers to meet future needs, without unduly relying on the training efforts of other countries, particularly those suffering from acute shortages, as is the case in a number of developing and emerging economies.

·           Ensure that health workers acquire the right skills and competences and are given opportunities for adapting their skills during their working life to deliver high-quality health services in more team-based and patient-centred approaches.

·           Provide everyone with adequate access to health care regardless of where they live, by promoting a more even geographic distribution of health workers and services through financial incentives or regulations, and making greater use of innovative health service delivery models, notably telemedicine.

The Present and Future of Medical Professions

The OECD has just released its biennial review, Health at a Glance. OECD Indicators, which looks at the 80 key indicators... Read more