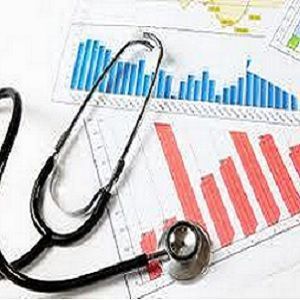 In 2011, a New Yorker article featured the work of Dr. Jeffrey Brenner, a family physician in Camden, New Jersey, who found that just one percent of patients in the community accounted for 30 percent of healthcare costs. This caught the attention of Intermountain executives and they became curious to know whether their patient population was any different.

Intermountain Healthcare is a not-for-profit system of 22 hospitals, a Medical Group with more than 185 physician clinics, and an affiliated health insurance company, SelectHealth. The group has more than 35,000 employees serving patients and plan members in Utah and southeastern Idaho.


Company officials found that "a lack of care coordination" was the most critical flaw in the system.

"Based on available data, we estimated that 50 percent had a primary care provider," says Scott Pingree, director of strategic planning at Intermountain. "We also found that on average they had 12 attending physicians. So that tells you something about how their care was not coordinated as it could be."

Drilling into the data further, the officials discovered that, within that small patient group (top one percent), almost $11 million — or more than one-quarter of the annual cost — was for renal failure. When Intermountain surveyed these patients, it found that this small group had the same negative trends in terms of care coordination.

"They didn't just have kidney failure requiring dialysis. They had multiple other comorbidities," notes Kim Henrichsen, RN, MSN, vice president of clinical operations and chief nursing officer. "The reality was most were being cared for by multiple specialists; they didn't have a primary care physician to oversee their care."

As an integrated delivery system, Intermountain has multiple, coordinated efforts towards clinical redesign, and the structural oversight to improve the care of hotspotters. The structure includes two oversight committees:

A "hotspotting" analytics committee. These analysts continually investigate how the hotspotters are being served, including reviewing their health conditions and their interaction with the medical team. They also measure the effectiveness of coordination.

An executive committee. Composed of leaders from the health system, medical group, health plan and other specific operational areas, this committee provides leadership and direction to hotspotting efforts.

Placebos have been used to ease pain and other symptoms for centuries and are used in clinical trials as controls for testing... Read more

According to an article published in USA Today, hospitals are turning toward patients and their family members for suggestions... Read more

One of the most common patient complaints about hospitals is the noise with multiple monitors, paging systems, wheelchairs, gurneys... Read more