On the way to the Moon

From the first digital X-ray images to the digital assistant

If you took all of the digital data generated in the healthcare industry up to 2020 and loaded it onto tablets, would the stack of tablets be shorter or taller than the Empire State Building? The tablets would certainly have to store an almost unimaginable quantity of data. While a typical DVD has a capacity of 4.7 gigabytes, the volume of data generated in healthcare is counted in exabytes. The prefix exa- refers to a one followed by 18 zeros – meaning that an exabyte is equal to one billion gigabytes. It is estimated that, if written down, all the words spoken in the history of humankind would take up approximately 5 exabytes. In contrast, the quantity of data generated in healthcare by mid-2020 was approximately 2,300 exabytes – meaning the stacked tablets would reach a third of the way to the moon. Every year, the quantity of data in medicine grows by 48%, faster than in any other digital setting. Around 240,000 patients an hour come into contact with systems from Siemens Healthineers alone. 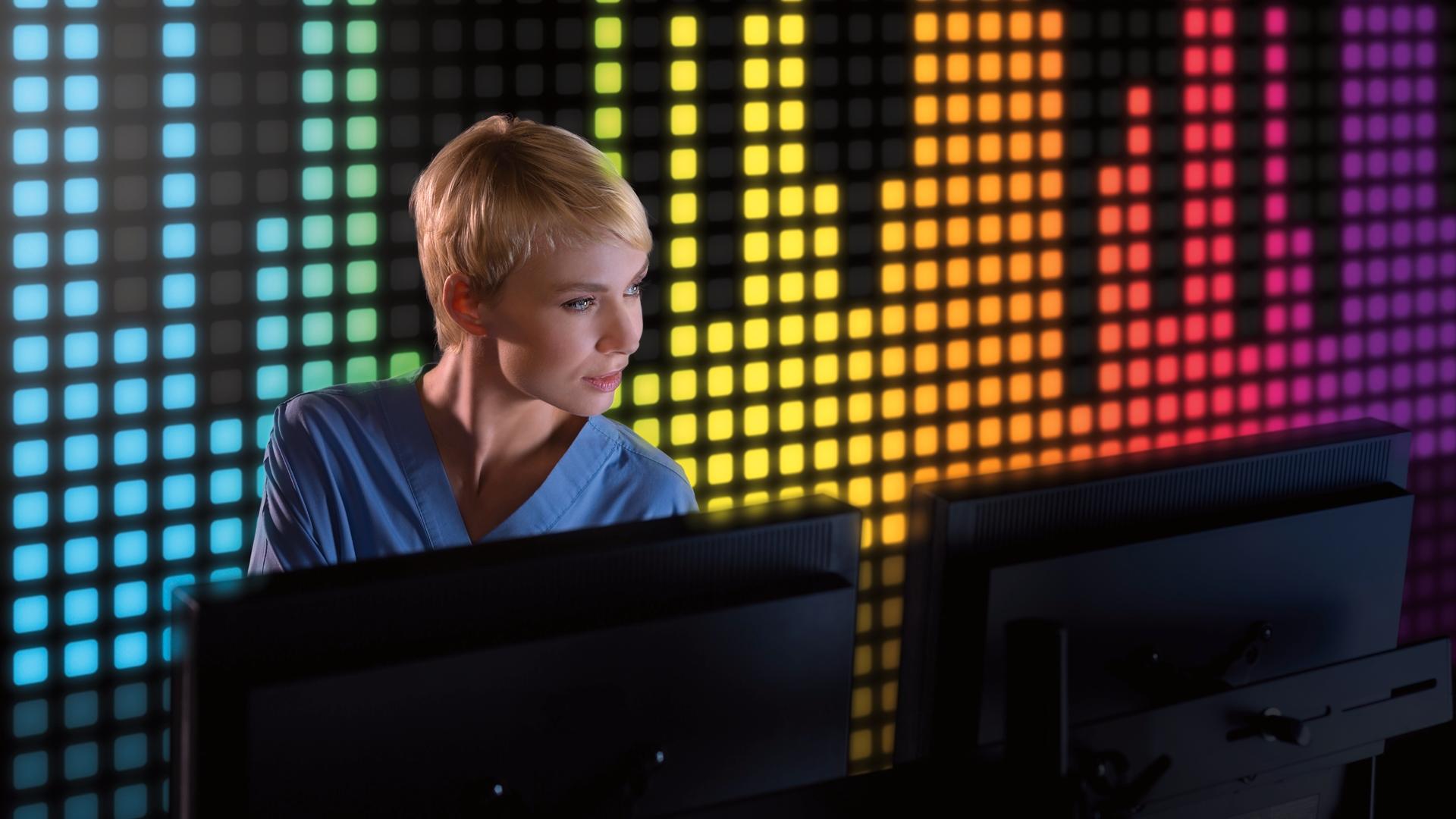 For a long time, the story of digitalization centered around the development of the digital image. The first digital technique in radiography was computed tomography (CT), which caused great excitement in the medical community in the early 1970s. In those days, however, the only digital means of storing the images produced by CT scanners was on magnetic tapes – and the easiest way of recording the image was still to take a Polaroid photo of the screen. The first computer-assisted two-dimensional X-ray technique was known as digital subtraction angiography (DSA) and became increasingly established in clinical practice in the 1980s. Digital images could already be stored on hard disks in those days, but there was still no standardized network that was capable of recording the images or, for instance, relaying them to several specialists at a hospital for assessment. In 1982, Siemens began developing a picture archiving and communication system (PACS) that could be used across an entire hospital or region – or even worldwide. Although it would be many years before the new technology made its breakthrough, the system developed by Siemens was already in use at numerous hospitals in North America, Japan, and five European countries by 1988, long before PACS solutions became generally established in clinical practice. The connecting element that gives rise to knowledge

The 1990s saw such huge advances in software that Siemens systems in the year 2000 were barely comparable with those at the start of the decade. From 1994 onward, for example, the Combined Applications to Reduce Exposure (CARE) software calculated, for each individual patient, the lowest possible dose for a CT scan while maintaining the best possible image quality. In 1999, with the launch of its syngo software, Siemens became the first medical technology manufacturer to standardize operation across all of its systems. At the turn of the millennium, the hardware had also become so sophisticated that the X-ray converters known as flat-panel detectors were at least on a par with analog X-ray film in terms of radiographic quality. Likewise, modern Cinematic Rendering images1 impressively demonstrate the results that sophisticated software can obtain from the right hardware. Today, 125 years after the discovery of X-rays, software is playing an increasingly significant role when it comes to further improving diagnosis and therapy. In order to make constructive and helpful use of the enormous quantities of digital data, our engineers are currently developing a whole host of new tools. It is imperative that big data becomes smart data. The easy access to all examination results of a patient can have a decisive effect on the diagnostic reliability. For example, a patient with a lung tumor has to take various tests in at least six different departments that generate multiple reports during diagnosis and treatment planning. Siemens Healthineers developed the Syngo Carbon2 platform in order to bring together all of this data - from radiology, pathology and the laboratory. That is, all the imaging data from the various silos integrated it into a uniform work environment. Syngo Carbon is an image and data management system that goes far beyond classic PACS. With the help of AI tools and automation, Syngo Carbon organizes all diagnostic data relating to the patient, even if they have been examined with third-party solutions. 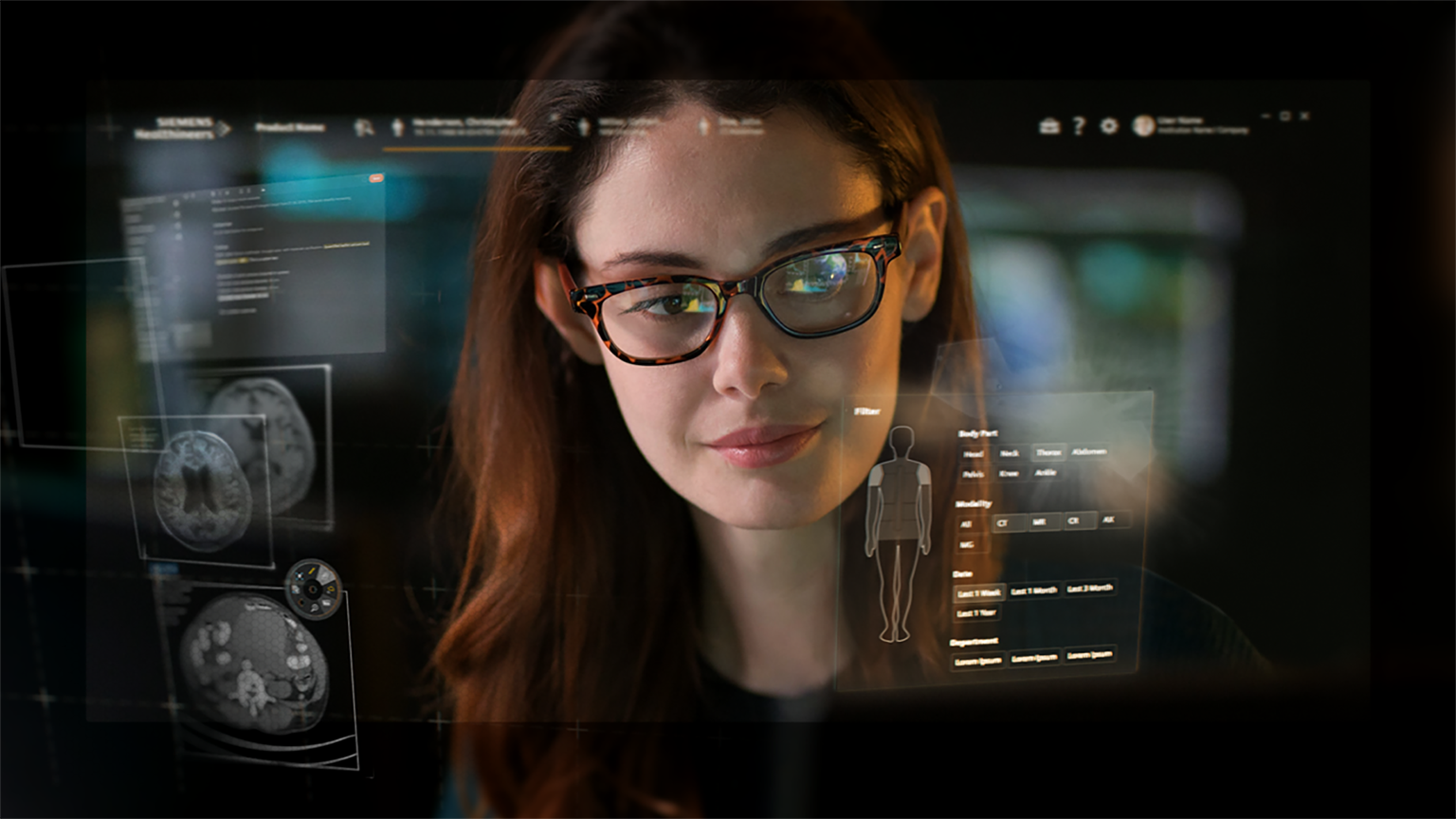 In addition, specially trained AI systems are already providing support for clinical decision-making. As an important part of Syngo Carbon, for example, the intelligent software assistant AI-Rad Companion Chest CT helps in radiology to identify potentially pathological changes in tissue. After all of the technical advances since the discovery of X-rays by Wilhelm Conrad Röntgen, artificial intelligence now offers a way of supplementing human abilities. In the future, increasingly powerful software applications will help to process the deluge of medical data quickly and accurately. Digitalization has the potential to be as transformational for medicine as the discovery of X-rays was in its day.


Value Partnerships: A Game-Changer for Healthcare »»

Diagnostic centres now face an unprecedented demand for their services due to an ageing global population and a greater variety... Read more

The AI-Rad Companion, our family of AI-powered, augmented workflow solutions, helps you to reduce the burden of basic repetitive... Read more

X-ray, digital X-ray, radiography, CDSS, Clinical Decision Support System, health care quality, medical error, two-dimensional X-ray If you took all of the digital data generated in the healthcare industry up to 2020 and loaded it onto tablets, would the stack of tablets be shorter or taller than the Empire State Building

Note:  The event will be held in Italian Find Comarch On Social... Read more

HealthManagement.org is a leading publication in healthcare management... Read more

The COVID-19 pandemic highlighted the true power of digital in healthcare.... Read more