TMVR as Alternative to Surgery for Patients with Mitral Regurgitation 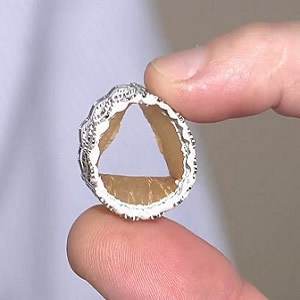 Transcatheter mitral valve replacement (TMVR) may be an effective and safe therapy for patients with symptomatic native mitral regurgitation who are high risk for surgery, according to a global feasibility study reported in Journal of the American College of Cardiology. In this study, successful treatment of mitral regurgitation (MR) was achieved in 28 of 30 patients using transapical delivery of a dedicated mitral prosthesis without the need for cardiopulmonary bypass.

The study enrolled 30 patients at eight study sites in Australia, Norway and the U.S. between November 2014 and March 2016. All patients were evaluated by local multidisciplinary heart teams consisting of cardiologists, cardiothoracic surgeons, anaesthesiologists and imaging specialists, and were considered to be high risk for mitral valve surgery.

Participants underwent transcatheter, transapical delivery of a self-expanding mitral valve prosthesis and were examined in a prospective registry for short-term and 30-day outcomes. Successful device implantation was achieved in 28 patients (93.3 percent). There were no acute deaths, strokes, or myocardial infarctions.

Overall, 75 percent of the patients reported mild or no symptoms at follow-up. Successful device implantation free of cardiovascular mortality, stroke, and device malfunction at 30 days was 86.6 percent.

"Although MR severity is known to be dynamic and sensitive to medical therapy, the reduction in MR in our study was undoubtedly due to valve implantation because the effect was immediate and sustained through the follow-up period," write David W.M. Muller, MBBS, MD, from the Departments of Cardiology and Cardiothoracic Surgery, St. Vincent’s Hospital, Sydney, Australia, and co-authors.

The authors note that the prosthesis can be easily repositioned or retrieved, even after full deployment in the mitral annulus. This obviates the need for conversion to emergency open surgery to treat device malposition or dysfunction, which carries significant risk, particularly in elderly patients with multiple comorbidities.

However, the short-term nature of this study "does not allow for conclusions regarding durability of the prosthesis, the effect of TMVR on late outcomes, or a comparison with other mitral valve therapies," the authors point out.

Larger studies with longer-term follow-up are necessary to confirm the generalisability of these observations and better characterise the utility of TMVR as an alternative to surgery for patients with severe, symptomatic MR.