Share
Download PDF
An analysis of data from an international multicentre study of coronary computed tomography angiography (CCTA) reveals that men and women with mild coronary artery disease and similar cardiovascular risk profiles share similar prognoses. Results of the study are presented today at the annual meeting of the Radiological Society of North America (RSNA).
"We conducted this study because we wanted to understand whether men and women with the same extent of coronary artery disease and similar risk profiles have similar or dissimilar prognoses," said Jonathon Leipsic, MD, FRCPC, director of medical imaging at St. Paul's Hospital in Vancouver, British Columbia. "There is a tendency to think women's heart disease is very different than men's heart disease. Our data show that once plaque accumulates in the coronary arteries, the prognosis is very similar between men and women."
Coronary artery disease occurs when the coronary arteries begin to accumulate a buildup of fatty deposits called plaque. Over time, plaque may damage or narrow the arteries. CCTA is a noninvasive imaging test that uses computed tomography (CT) to image the amount of plaque present in the coronary arteries.
In this study, Dr. Leipsic and a team of researchers used data from the COronary CT Angiography EvaluatioN For Clinical Outcomes: An InteRnational Multicentre (CONFIRM) Registry, which collected information on 27,725 individuals in six countries who underwent CCTA. The registry also included participants' traditional risk factors, allowing for the derivation of Framingham scores, which are used to determine an individual's risk of developing cardiovascular disease.
From the registry, the researchers identified 18,158 patients without known coronary artery disease, whose CCTA results were normal or indicated nonobstructive disease, in which coronary arteries were less than 50 percent blocked. These patients, including 8,808 women and 9,350 men, were then matched on the basis of pre-existing cardiovascular risk factors and the extent of their coronary artery disease as determined by CCTA, resulting in a one-to-one cohort of 11,462 patients.
A statistical analysis of the matched cohort revealed that, controlling for all cardiovascular risk factors, nonobstructive coronary artery disease conferred a similar adverse risk of death or heart attack in both men and women. Conversely, the absence of plaque on CCTA conferred a good prognosis for both men and women. Of the patients in the cohort, only 251 experienced a heart attack or cardiac-related death during an average follow-up period of 2.3 years.
"This analysis is exciting, because this has never been shown before," Dr. Leipsic said. "There's a prevailing belief that mild CAD puts women at greater risk for a major cardiac event compared to men with mild CAD. Our findings show this is just not true."
Co-authors are Stephan Achenbach, M.D., Matthew J. Budoff, M.D., Ricardo C. Cury, M.D., Gudrun Feuchtner, M.D., James Min, M.D., Leslee Shaw, Ph.D., Cameron J. Hague, M.D., Carolyn Taylor, M.D., and Gilat Grunau, Ph.D. 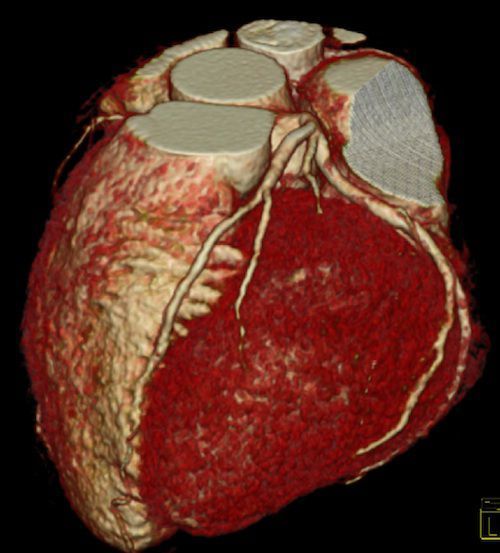 ZOLL Medical Corporation, a manufacturer of resuscitation devices and related software solutions, has been recognised for the... Read more

CCTA, Heart An analysis of data from an international multicentre study of coronary computed tomography angiography (CCTA) reveals that men and women with mild coronar...