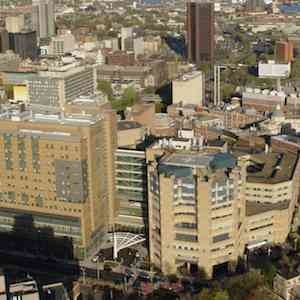 Among older men with heart attack, heart failure or pneumonia, hospitalisation at Veterans Affairs (VA) hospitals was associated with lower 30-day all-cause mortality rates for heart attack and heart failure and higher 30-day all-cause readmission rates for these conditions as compared with hospitalisations at non-VA hospitals. Any absolute differences between these outcomes are small. The study is published in JAMA.

Since there is very little information available about comparative performance between VA and non-VA hospitals with respect to mortality and readmission rates, researchers included male Medicare fee-for-service beneficiaries age 65 years or older hospitalised between 2010 and 2013 in VA and non-VA acute care hospitals for acute myocardial infarction, heart failure, or pneumonia, using Medicare and VA data. Each condition-outcome analysis cohort for VA and non-VA hospitals contained at least 7,900 patients, in 92 metropolitan statistical areas (MSAs).

While the authors note that the differences in mortality and readmission rates persisted after accounting for geographic variation, but in general the magnitude of differences were small for both measures across all the three conditions.

In an accompanying editorial,  Ashish K. Jha, MD, MPH, of the Harvard T. H. Chan School of Public Health, Boston, writes that this study begins to answer the question of whether VA is meeting its obligations to care for veterans by focusing on a narrow set of questions: how does the VA compare with the rest of the health care system on care for a common set of medical conditions?. He says, "The findings are reassuring and make plain that even though the VA has much work to do, it is starting off from a substantially better place than it was in 2 decades ago.”

«« 6 Signs of an Unhealthy Heart

A new study published in the Journal of the American College of Cardiology shows that heart attack patients who experience... Read more

Advice for emergency care for patients with acute heart failure was published for the first time in the European Heart Journal:... Read more

According to a study published in JAMA Cardiology , there is significant variation among U.S. hospitals with respect to adherence... Read more

A new coronavirus test can detect infection in as little as five... Read more

Where Are the Most Effective Anti-COVID-19 Strategies?

Cyber hackers are taking advantage of the COVID-19 crisis to target... Read more