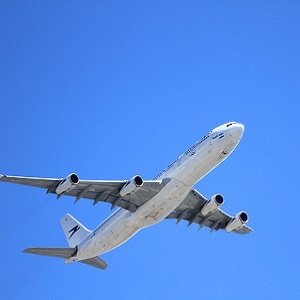 New guidelines for dealing with in-flight emergency of cardiac arrest in a passenger or crew member were proposed at the Euroanaesthesia Congress in Geneva this year. The guidelines were created by a task force led by Professor Jochen Hinkelbein, University of Cologne, Germany and President of the German Society for Aerospace Medicine (DGLRM).

Nearly 3 billion people travelled by commercial air in 2016. Estimates suggest that between 1 out of 14,000 to 1 out of 50,000 passengers will experience acute medical problems while on such a flight. Cardiac arrest accounts for 0.3% of such emergencies and is responsible for 86% of in-flight events that result in death.

This number is quite high and despite this high frequency, to date there were no specific guidelines for the treatment of in-flight cardiac arrest (IFCA). That is why the DGLRM task force has developed a guideline to treat IFCA. Their recommendations include:

This is the first time such a guideline has been provided for in-flight medical emergencies. Proper actions and procedures must be taken as the airplane environment is significantly different from the ground environment.