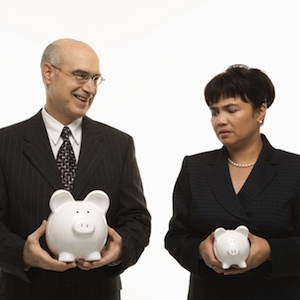 Share
Download PDF
The gap between men and women’s salaries in healthcare IT has widened in the last ten years according to HIMSS’ data.

This increasing gap could be in part due to the rise of men’s salaries in the industry over the past decade. Men have enjoyed an annual growth rate of 1.16 percent compared to women’s 0.79 percent.

Industry leaders have spoken out about the discrepancy with disappointment and shock.  In a Health Data Management report Sue Schade, CIO at University Hospitals of Cleveland said she was not surprised. “However, I'm disappointed and thought we were doing much better than this in healthcare,” she added saying the persistence of this gap could be down to cost constraints facing healthcare providers.

“Bringing new staff in at lower salaries could be a perceived cost management step,” Schade said. “It could impact women disproportionately, given the inequities that exist.”

In the same report, another industry leader suggested that the gap could be down to women feeling less entitled about asking for raises and promotions. They could also value other workplace benefits, such as working from home as chief family caretaker,  above high salaries.

Adrienne Edens, the vice president of education at the College of Healthcare Information Management Executives, said that unclear job descriptions could also contribute to the apparent pay disparity. This could lead to a wide pay range for those doing the same job.

Edens speaks from decades of experience in the industry. She describes seeing women working in roles where their salaries and promotion pathway were not clearly outlined form the start.

“I found that there were a lot of large discrepancies in pay because there were so many job descriptions and no policies,” Edens said. “We need to be sure that we understand what the policies are regarding pay and compensation, so that everyone is very comfortable that they’re getting the same amount of pay as their peers for doing the same work. Women shouldn’t have to worry about that, but it sounds like we do.”

There are talented women who bring exceptional skills sets to the workplace, Edens said.  “I would hate to see women not go into healthcare because they tend to be very good at it and it is one of the most rewarding places to work.”