Healthcare Robotics for Elderly Soars by 2025 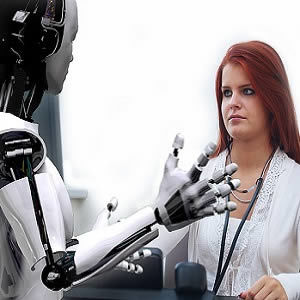 Use of healthcare assistive robots is increasing rapidly and this trend is seen revolutionising the eldercare industry. These robots generally perform actions for the benefit of the elderly and people with disabilities (i.e., improving their mobility). There are also specially designed robots that assist clinicians in performing surgery.

Indeed, the healthcare assistive robots market is projected to be worth around $1 billion by 2025. The rapid growth in this market is largely driven by rising geriatric population worldwide and technological advancements in robotics for the healthcare industry, according to a report from Crystal Market Research.

Estimates from the U.S. National Institute on Aging show that the geriatric population (i.e., 65 years and older) worldwide will grow from 524 million in 2010 to nearly 1.5 billion in 2050. This increase is mainly due to falling fertility rates and tremendous improvement in life expectancy. With these trends of global ageing statistics, eldercare has gained remarkable importance in recent times. The current healthcare workforce worldwide is not sufficient to meet older patients’ needs.

And robots are helping to fill the gap. For example, surveillance and security robots market is expected to grow at a high CAGR over the forecast period, as the demand for skilled care takers and homecare services is increasing due to the fast-growing geriatric population.

In 2016 rehabilitative robots segment dominated the overall market, according to the Crystal Market report. These robots considerably reduce the time spent by a therapist on supervision. They are used as treatment aids and can assist a large number of patients under the supervision of a single therapist.

Meanwhile, stroke applications accounted for a major share of the overall market in 2016, due to increasing incidence of neurological disorders, rising geriatric population, and technological advancements in rehabilitative robots. Orthopaedics segment, the report says, will witness a rapid growth during the forecast period due to increased usage of assistive robots in physiotherapy and rising number of injuries related to traffic accidents.

By region, North America held the largest share in 2016 and is expected to dominate market for healthcare assistive robots over the forecast period, thanks to favourable government funding for R&D and rapid acceptance of technologically advanced robots for healthcare. Europe represented the second largest market for rehabilitative and assistive robots in 2016 mainly due to the presence of advanced healthcare infrastructure in the region.

«« Your CISO Better be Happy

Could a roaming robot assist in healthcare setting?

It can roam in a crowd discreetly. Its demeanour is friendly and approachable and it can engage with passers-by, inviting... Read more