Insights from the PARAMEDIC2 trial and future improvements

Perkins et al. have advanced the long-awaited PARAMEDIC2 trial (Perkins et al. 2018). They deserve to be congratulated for such a well-interpreted and well-designed contribution. The study’s two main outcomes are as follows: the Epinephrine group had a significantly improved inpatient survival rate (adjusted OR 1.48 [1.10-2.00]), yet no significant improvement of neurological outcomes was observed at 3 months (adjusted OR 1.39 [0.97-2.01]).
Overall survival was low in the PARAMEDIC2 trial with only 224 (2.7%) of survivors at day 30 (and 1.8% with a favourable neurological outcome defined by mRS score ≤3). This is probably due to the exclusion of 615 patients (out of 10,623 assessed) with ROSC before the arrival of paramedics. Bystander CPR and early defibrillation are the main outcome determinants in the early phase (Ong et al. 2018), and perhaps the duration between EMS call and drug injection (median 21min [16-28min]) can explain a part of this survival rate. A “discordance” between survival until hospital discharge and favourable neurological outcome has raised much discussion. Unfortunately, we cannot conclude at this time between the 2 hypotheseses: the Odds Ratio is relatively the same and non-significance could be secondary to a non-powered sample size. Or, epinephrine could lead to a better survival rate but with poorer neurological outcome. An interesting statistical analysis with the Bayesian approach leads to the conclusion of probability rather than a rate of favourable neurological outcome that could be greater than 1% in the epinephrine group of only 1.9%. Additionally, as highlighted by Pr Farrell (Twitter @f2harell), if we assume that the mRS level 5 is worse than death, and get a new 7-level ordinal analysis, then we do not have beneficial Epinephrine evidence (P=0.88) (https://discourse.datamethods.org/t/a-randomized-trial-of-epinephrine-in-out-of-hospital-cardiac-arrest/89).

People affected by “cardiac arrest” are considered a homogenous set, but this is not the case. Cardiac arrest patients that can be defibrillated are mainly secondary to cardiac cause and especially ischaemic heart disease  On the other hand, a cardiac arrest that cannot be defibrillated is linked to a wider aetiogenesis that requires specific treatment. Nowadays, the same algorithm applies for all patients who can reduce the benefits of specific drugs, such as epinephrine. Interestingly enough, the eAppendix subgroup analysis has shown a significant association between epinephrine allocation and survival at day 30 with an aOR 2.10 [1.11-3.98]. For example, witness status was a significant interaction determinant of amiodarone efficacy in the ROC ALPS trial (Kudenchuk et al. 2016). Future ILCOR guidelines must better emphasise this heterogeneity with adequate care for each phenotype of cardiac arrest.
Finally, epinephrine is the “gold standard” drug in cardiac arrest. The dosage is based on limited animal trials. Epinephrine (or adrenaline for EU physicians) has alpha-adrenergic action which leads to increased coronary blood flow but also beta-adrenergic action that can lead to the recurrence of VF/VT and can also impair cerebral microvascular blood flow as highlighted in the paper’s discussion section. Additionally, recent data from randomised controlled trials on cardiogenic shock (Levy et al. 2018) or meta-analysis highlight poor outcome associated with epinephrine use (Leopold et al. 2018). In this context, clinical trial of drug use with only “alpha-adrenergic” action such as norepinephrine deserves attention (Lindner and Ahnefeld 1989).

Congratulations to Professor Perkins and co-researchers of the #PARAMEDIC2 Trial who conducted this fantastic trial. Now that researchers have thrown a rock into the epinephrine pond, it is time to improve science knowledge and #dogmalysis. 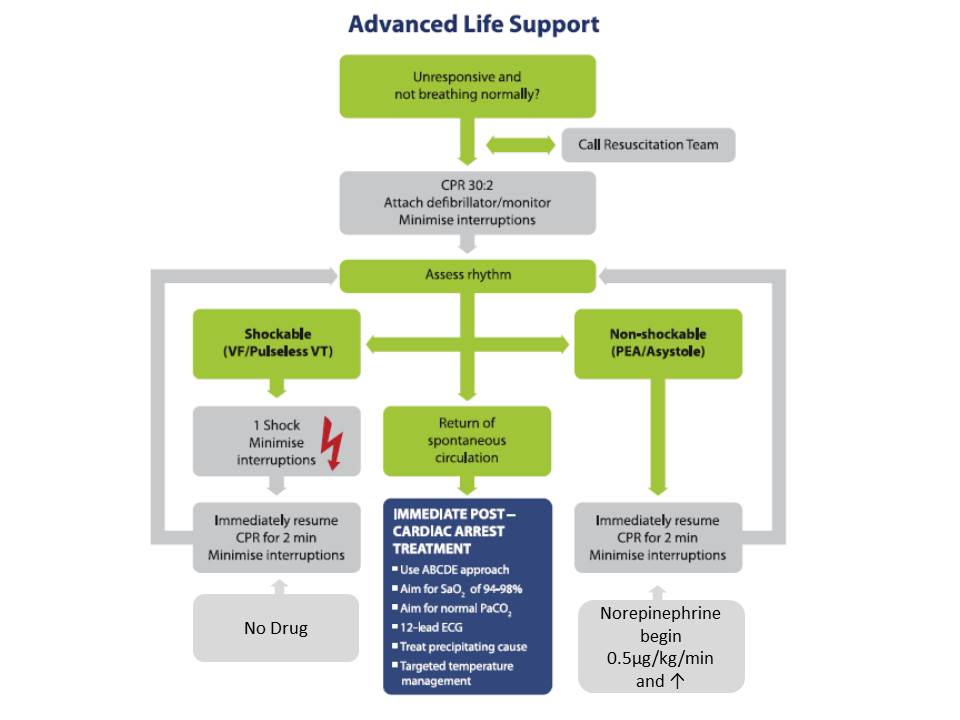 (2019-01-08 12:00)
Prescription Pad is a clinic management software provides all types of facilities for hospitals & doctors.

Getinge Expands its presence in Vietnam