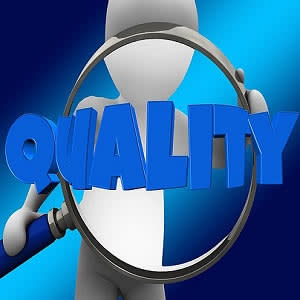 Public hospitals in emerging countries pose a challenge to quality improvement initiatives in sepsis, as these facilities usually have limited resources and inadequate staff qualification, amongst other limitations. One of the main barriers is the low awareness of sepsis, leading to late recognition with a consequent delay in intervention and increased lethality. A new study shows that quality improvement initiatives reduced sepsis mortality in public Brazilian institutions, although not in all of them. Early recognition seems to be a more relevant factor than compliance with the 6-hour bundle.

Quality improvement initiatives are successful in reducing fatality rates in high-income countries, but there are only a few reports of such initiatives in low- and middle-income countries (LMICs). Early recognition and training of hospital staff are associated with a reduction in the severity of illness among patients with sepsis, as well as with lower severity scores and less organ dysfunction at the time of the sepsis diagnosis.

For this research, investigators in Brazil conducted a prospective study of patients with sepsis or septic shock. After collecting data on compliance with the Surviving Sepsis Campaign 6-hour bundles and mortality, researchers initiated a multifaceted quality improvement initiative for patients with sepsis or septic shock in all hospital sectors. The primary outcome was hospital mortality over time. The secondary outcomes were the time to sepsis diagnosis and compliance with the entire 6-hour bundles throughout the intervention.

The study included 3,435 patients from the emergency departments (50.7%), wards (34.1%), and intensive care units (15.2%) of nine institutions. Throughout the intervention, there was an overall reduction in the risk of death, in the proportion of septic shock, and the time to sepsis diagnosis, as well as an improvement in compliance with the 6-hour bundle. Notably the time to sepsis diagnosis, but not the compliance with bundles, was associated with a reduction in the risk of death. However, there was a significant reduction in mortality in only two institutions.

"Although data from resource-limited settings are scarce, mortality reduction is not a consistent or sustained finding," the authors write. "Our findings support this heterogeneity because only two institutions reduced their mortality rates despite the consistent global improvement in other quality indicators. In the successful institutions, there was a greater reduction in the time to sepsis diagnosis, reinforcing the results of our multivariate analysis."

The study has some limitations including that researchers did not assess other information that could explain the differences between institutions, such as the availability of resources, staffing, ICU availability, and other general institutional quality indicators.

"Organisational factors in each of the institutions, such as nurse/patient ratio, physician and resident staffing hours, the presence of multidisciplinary rounds, the use of protocols in the ICU, or the use of checklists, are not described and might have influenced the results," the authors explain.

«« Hospital factors may influence NIV outcomes even in low-evidence use

A new study shows that quality improvement initiatives reduced sepsis mortality in public Brazilian institutions, although not in all of them. Early recognition seems to be a more relevant factor than compliance with the 6-hour bundle.

Is the Severe COVID-19 Over in Europe?

Is the worst over? Have patients most at risk already been affected... Read more

COVID-19 poses several challenges and has made it difficult to measure... Read more

Getinge to become CO₂ neutral by 2025