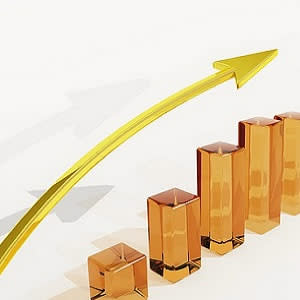 A prospective, observational, multicentre cohort study (FROG-ICU) has confirmed the striking prevalence of death at one year after ICU discharge. More importantly, the study identified clinical and biological factors at the time of ICU discharge that were associated with an increased risk of long-term death.

"The FROG-ICU [French and European Outcome reGistry in Intensive Care Units] study confirmed that increasing age and number of comorbidities are independently associated with an increased long-term risk of death. In contrast to previous findings, with the exception of blood transfusion and prolonged length of ICU stay, we found no “in-ICU” factor was associated with an increased risk of post-ICU death," study authors write.

Survivors of critical illness will face a period of increased risk of reduced long-term survival and impaired quality of life compared to the general population. This period, lasting several years, is associated with an increased risk of post-traumatic stress, depression, cognitive impairment and physical weakness, all grouped under the entity “post-intensive care syndrome” (PICS).

To reduce the mortality rate of ICU survivors, it is important to identify the group of patients who have a higher probability of death in the year following ICU discharge and to recognise the adjustable factors associated with mortality. Although data have been published regarding the long-term outcome of ICU patients, there are no recommendations for the long-term management of these patients, the study authors point out.

The FROG-ICU investigators hypothesised that clinical and biological abnormalities present on the day of ICU discharge are associated with worse long-term outcome. In particular, they hypothesised that ICU survivors are at long risk of increased cardiovascular events. This cohort study of ICU survivors, who were followed one year after discharge, included 21 medical, surgical or mixed ICUs in France and Belgium. All consecutive patients admitted to intensive care with a requirement for invasive mechanical ventilation and/or vasoactive drug support for more than 24 hours following ICU admission and discharged from ICU were included.


BP monitoring that suits the needs of patients »»

Some patients with COVID-19 are at higher risk of neurological complications... Read more

The COVID-19 pandemic puts much strain on healthcare resources. One... Read more