The vision of « Neurosciences in Intensive Care International Symposium » (NICIS)is to accelerate transformative advances in the care and science of patients with critical illness and neurological injury. NICIS brings together clinicians and scientistswho have a common aspiration to translate discoveries in the neurosciences into better patient-centered outcomes.

Since NICIS 2017, two editions are organized, one in Washington (NICIS.America) and the other in Paris (NICIS.Europe), respectively March 8-9th and June 28-29th.

The 2018 edition of NICIS.Europe is titled « The Neuroscience of critical illness and acute CNS infection ». It will be held on June the 28th-29th 2018 at the Institut Pasteur in Paris.

NICIS 2018 builds on the success of the previous editions, which were devoted to « Critical illness: Ageing, frailty and resilience » (2017), « Neuro-inflammation in Critical illness: From brain signalling to brain insult » (2016), « Neuroscience of repair, regeneration and recovery from critical illness » (2015), and « Neurobiology of stress » (2014).

Central nervous system infections are a common cause of acute brain injury and represent a major challenge in terms of diagnosis, management and prognostication. Despite advances in critical care medicine, the prognosis of acute CNS infections remains poor, and the pathophysiology of infection-associated injury, repair and regeneration remains poorly understood. In addition, the recognition of specific CNS infections in selected populations (i.e. immunocompromised hosts) and in certain areas of the world are major new challenges for clinicians and neuroscientists. CNS infections pose an array of scientific, clinical and ethical problems which urgently need to be addressed. In addition to a rapidly expanding body of basic research centered on the pathophysiology of acute CNS infection, recent work has increased understanding of the epidemiology and management of specific diseases (i.e. bacterial meningitis, tuberculous meningitis, neurolisteriosis), nosocomial CNS infections, together with new approaches in neuroprotection and prognostication.

NICIS 2018 speakers include thought leaders in cellular and molecular biology, biomarker discovery and validation, neurophysiology, neuroimaging and brain mapping, and advanced clinical trial design. The conference is designed for an interdisciplinary audience of clinicians and investigators working in neuroscience and critical care medicine. This will be a unique opportunity to have an interactive and lively discussion between multiple content-experts with contrasting perspectives.

We would like to acknowledge support from the Société Française d’Anesthésie-Réanimation (SFAR), the Association des Neuro-Anesthésistes de langue Française (ANARLF), the International Society of International Symposium of Intensive Care and Emergency Medicine (ISICEM), the Société de Réanimation de Langue Française (SRLF) and the Institut Pasteur for their support or endorsement. Our special thanks go to the University of Versailles, the Paris-Descartes University, The Pierre Marie Curie University, Columbia University and Johns Hopkins University. 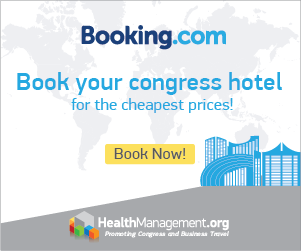 International Conference on Surgery and Anesthesia