Share
Download PDF Back
The Finnish public administration system consists of three levels: state, province and municipality. The provinces are regional representatives of the central state administration. Finland is divided into five administrative provinces and the Åland Islands,
the latter having autonomous status.

Finland is divided into 415 self-governing municipalities (in 2008) with a median number of inhabitants of 5000. Municipalities are autonomous and they are responsible for providing basic services for their residents, including primary education and social and health services. The highest decision-making body in the municipality is the municipal council, which is elected
by general election every four years. Municipalities levy a municipal income tax, the rate being decided independently by each municipality. Municipalities also receive some other tax revenues (real estate tax and part of the corporate tax), subsidies paid by the state and other revenues (such as user-fees).

The key objectives of health policy in Finland are to:

There are three different healthcare systems in Finland that receive public funding: municipal, private and occupational healthcare. There are significant differences between the systems, for example in the scope of the services provided, user-fees and waiting times. There are also different public financing mechanisms for healthcare services in Finland: municipal financing based on taxes and National Health Insurance (NHI) financing based on compulsory insurance fees. The largest share of publicly financed healthcare is provided by the municipal healthcare system (71% of outpatient physician visits, 59% of outpatient dentists visits and 95% of inpatient care periods). According to legislation, more than 400 municipalities are responsible for providing all necessary health services for their residents. Municipalities have a significant
degree of freedom to plan and steer the services as they see best, and state level steering could be described as weak.

There have been many local development projects and experiments concerning municipal services aimed at increasing cooperation between municipalities, between primary and secondary care services and between municipalities and the
private sector. However, they are not well coordinated from the national level, which has caused regional variance in structures.

It could be said that public responsibility for healthcare is more decentralised in Finland than any other European country and some believe the problems outweigh the advantages. However, there are signs that the decentralisation trend has slightly reversed and national level steering will increase. For example, the governmental programme for the restructuring of municipalities and services has a goal to decrease the number of municipalities and increase cooperation between
municipalities.

The statutory NHI scheme finances 17% of the total costs of healthcare. The scheme is run by the Social Insurance Institution (SII), with about 260 local offices all over the country. SII falls under the authority of the Parliament and covers all Finnish residents. NHI is funded by the insured (38%), employers (33%) and the state (28%). The insured pay income-based insurance fees which are collected alongside taxation.

The use of private healthcare is partly reimbursed by NHI. The private sector provides about 16% of outpatient visits to physicians, 41% of outpatient visits to dentists and 5% of inpatient care periods. NHI covers about one third of the actual costs of the private health services. Additional voluntary health insurance is not widespread in the Finnish healthcare system
and is mainly used to supplement the reimbursement rate of NHI. The majority of physicians work for municipalities and hospital districts. Physicians in health centres and hospital districts are usually salaried employees of the municipalities. However, during the last 10 years a new trend has emerged to lease the physician workforce to health centres from private firms. Eleven per cent of physicians have a private practice as a full-time job and 30% work full-time in the public sector but hold a private practice outside their regular working hours.

Since the late 1990s there has been a significant shortage of physicians in Finland, which has had a significant impact on the developments of the healthcare system. In order to rectify this situation the yearly intake of medical students has been increased considerably.

The most important state level reforms from the beginning of the 1990s have been:

In addition, there have been several reforms concerning pharmaceuticals, with one important goal being to further promote cost containment. In terms of the distribution of benefits, there are two major challenges in the Finnish healthcare system: geographical inequities and inequities between socioeconomic groups. There are significant differences between municipalities
in service provision (for example in physician visits, dental care, mental healthcare, elective surgery) and waiting times. There are also significant differences between municipalities in resources invested in municipal healthcare leading to differences in the quality and scope of municipal services. However, these inequalities can also partly be explained by other differences
between municipalities such as age structure, morbidity rates and use of private and occupational healthcare services.

There are also significant socioeconomic inequalities in the use of healthcare services. Among OECD countries pro-rich inequity in physician visits was found to be one of the highest in Finland (along with the United States and Portugal) in 2000. Significant pro-rich differences are also evident in screening, dental care, coronary revascularizations and in some elective specialised care operations (hysterectomy, prostatectomy and lumbar disc operations). Although overall mortality has fallen, the socioeconomic inequality in mortality seems to be increasing. 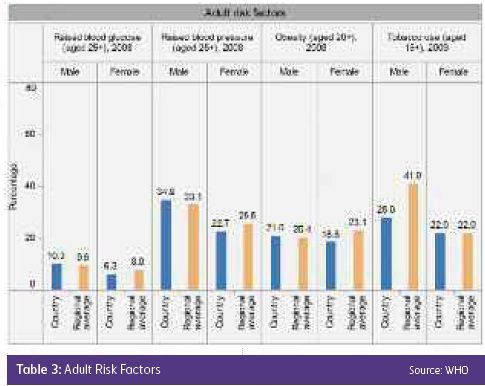 
The Finnish public administration system consists of three levels: state, province and municipality. The provinces are regional representatives of the cent