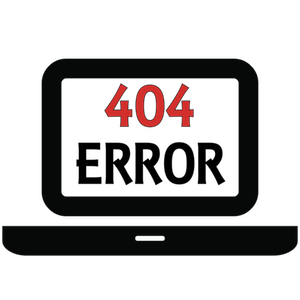 Share
Download PDF
Two Pennsylvania doctors have reacted against a BMJ paper that claimed one third of deaths in the U.S. are caused by medical errors.
Shyam Sabat, M.D., an associate professor of neuroradiology at Penn State College of Medicine, and Virginia Hall, M.D., an associate professor of obstetrics and gynaecology at PSU have called for the journal to retract the paper and apologise to the medical community.
BMJ editors have responded by saying they are standing by the study and have no intention of retracting it.
The study, which was published in May, indicated that over 250, 000 people die annually in the U.S. because of medical errors. It was picked up and widely circulated in print, web and social media.
In a blog published by the Pennsylvania Medical Society, Sabat and Hall describe the study as a “shoddy piece of scientific and statistical work, which cannot stand the close scrutiny of peer physician researchers and professional statisticians.”
The basis for this, the physicians say, is the study used the summary of a downplayed Healthgrades report from 2004 which looked solely at Medicare patients in addition to three small sample size studies.

See Also: Medical Error US: Third Leading Cause of Death

The mortality rates in Healthgrades data, the doctors write, was applied unilaterally to all U.S. patients in the BMJ analysis, without correcting for the discrepancy in ages. “How a reputed group such as the BMJ could not see through these simple but outrageous statistical blunders is anyone's guess,” they write.
“The authors borrowed the mortality rates from this Medicare population study and applied it to all U.S. inpatient admissions (all ages from 0-100+ years) without any correction of any form. It is common knowledge that the Medicare inpatient population is older, sicker and more vulnerable, and hence will have a higher morbidity and mortality for a given medical error than the general U.S. population,” write the doctors.
They go on to say that the U.S. medical establishment is being ridiculed the world over for appearing to be so negligent.
The study has been questioned by other U.S. doctors. The BMJ say they are monitoring responses on the validity of the study but see no grounds for retracting it.


Medical Error US: Third Leading Cause of Death »»

(2020-09-29 14:14)
I just got my ex husband back through the help of Dr Nkosi love spells Experts. My husband left me for another woman, This was just 3 years of our marriage. The most painful thing is that I was pregnant with our second baby. I wanted him back. I did everything within my reach to bring him back but all was in vain, I wanted him back so badly because of the love I had for him, I begged him with everything, I made promises but he refused. I explained my problem to my friend and she suggested that I should rather contact a spell caster that could help me cast a spell to bring him back , I had no choice than to try it. I messaged the spell caster called dr nkosi, and he assured me there was no problem and that everything will be okay before 11 hours. He cast the spell and surprisingly 11 hours later my husband called me. I was so surprised, I answered the call and all he said was that he was so sorry for everything that had happened He wanted me to return to him. He also said he loved me so much. I was so happy and went to him that was how we started living together happily again.thanks to dr nkosi. if you are here and your Lover is turning you down, or your husband moved to another woman, do not cry anymore, contact Dr.Nkosi for help now..Here his contact, WhatsApp him: +27820502562 {or} Email him at: [email protected] ,his website: www.fastsolutiontemple.com
Please login to leave a comment...

Awake Prone Positioning and Risk of Intubation in COVID-19

Do We Need to Diagnose ARDS?