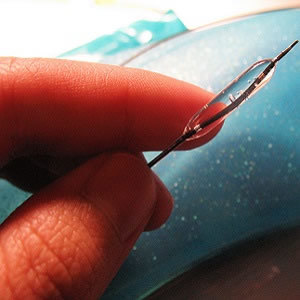 According to a study published in JACC: Cardiovascular Interventions, the use of bleeding avoidance strategies has little impact on bleeding rates post-angioplasty and around 70 percent of the causes for this variation remain unexplained.

The study also evaluated whether those treated with bleeding avoidance strategies were at low risk for this complication since this risk-treatment paradox that patients who need an intervention the most receive it the least has also been shown in previous studies.

Study researchers examined records from 25 million procedures between 2008 and 2013. Data was obtained from the American College of Cardiology NCDR CathPCI Registry. For the purpose of the analysis, the researchers adjusted for patient risk and considered variables such as gender, age, body mass index, the presence of cerebrovascular disease, prior angioplasty and diabetes. In addition,it was also evaluated  whether combinations of bleeding avoidance strategies such as the use of the radial artery for access during angioplasty, administering the blood thinner bivalirudin, and sealing off the point of access with a vascular closure device had an impact on bleeding totals.

The researchers observed 125,361 bleeding events during the study period. Those who underwent radial access had less bleeding as compared to patients who did not; Throughout the study period, researchers observed 125,361 bleeding events. Patients who had the procedure done with radial access had less bleeding than those who did not. Bivalirudin therapy was used less frequently in patients who experienced bleeding and vascular closure devices were also used at lower rates.

Amit N. Vora, M.D., M.P.H., the study's lead author and a cardiologist with the Duke Research Institute in Durham, North Carolina, said that "these findings have several implications for both clinical care and quality improvement." He said that when hospitals used bleeding avoidance strategies in more than 85 percent of patients, bleeding rates were lower, "demonstrating that an approach to broaden the use of these strategies in all patients--overcoming the 'risk-treatment paradox'--may be a reasonable way to reduce overall variation in hospital bleeding rates." He said that further analysis was required to determine the cause of variation in bleeding post-angioplasty.


Lack of Warfarin Knowledge Increases Risk of Side Effects »»

In another COVID-19 special video presentation by the European Society... Read more

COVID-19: No Approval for Chloroquine from EMA

The European Medicines Agency has warned against widespread use... Read more